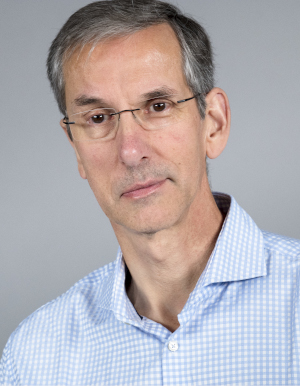 My research interest is in understanding biological diversity, i.e., the evolution of traits that make organisms look and function differently. In particular, I am interested in how processes of coevolution contribute to this. Here I will focus on the concepts that underlie diffuse coevolution of hosts and parasites. Coevolution is typically defined as reciprocal selection between two closely interacting species. This definition focuses on the phenotypic traits of the coevolving antagonists that negatively influence each other. However, in many cases, it is not one pair of a host and a parasite species that interact and coevolve, but multiple host species and/or multiple parasite species. This was first recognized for flowering plants and their pollinators, where several pollinators (e.g. bees, flies) may interact with several plant species. Coevolution is no longer specific, but diffuse. The same has been observed for hosts and their parasites and may well be the dominant form of coevolution. But it has received hardly any attention from evolutionary biologists.
Population genetic models have greatly helped to elucidate the mechanisms of specific coevolution, but they fail to explain the processes underlying diffuse coevolution. In my project, I want to conceptualize the phenomenon of diffuse coevolution, focussing on hosts and their parasites. In particular, I want to work out:
– Where is the boundary between the parameter space of models for specific and diffuse coevolution?
– Which evolutionary framework is best suited to understand the processes at work during diffuse coevolution?
– And what predictions can be derived from the model of diffuse coevolution?
With my project, I hope to gain a better understanding of how coevolution works and which models can explain genetic- and species-diversity best. I want to explore whether there are general rules determining the underlying processes. Answering these questions would be a major step forward in understanding biodiversity.