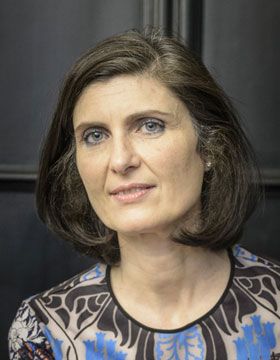 Born in 1967 in Thessaloniki, Greece
Studied Philology at the University of Thessaloniki and Byzantine Studies at Harvard University

Greek and Arabic Literary Culture Between Byzantium and the Turkish Lands, 1300-1800

The project discusses the interaction between Greek and Arabic literary culture from the fourteenth until the nineteenth century, primarily in the fields of science (both "hard science", such as astronomy and medicine, and "pseudoscience", e.g. magic and divination), philosophy, law, and historical writing. The findings can help us refine or reconsider our current understanding of the scientific and philosophical interaction between "East" and "West" during the late medieval and early modern period, as well as the conduits and significance of introducing "Western" modernity to the "Eastern" world. The project focuses on a few important scientific and philosophical problems that early modern Europe and the Ottoman world were simultaneously interested in and investigates the role of Byzantine intellectual traditions in addressing them. As it moves forward to the seventeenth century and beyond, it investigates the role of Greek- and Arabic-speaking Christians who, within an Ottoman context, utilized European approaches (e.g. the neo-Aristotelianism of Cremonini or the medicine of Paracelsus) while engaging Muslim intellectuals in philosophical and scientific dialogue. It also highlights the close contact between Greek and Christian Arabic intellectual trends toward the end of the eighteenth and nineteenth centuries, a seminal period for the emergence of nationalisms among the subjects of the Ottoman Empire - a development that eventually led to its disintegration.

Translations from Greek into Latin and Arabic during the Middle Ages : searching for the classical tradition

Plethon as a subversive and his reception in the Islamic world

Ta'bīr al-Ru'yā and Aḥkām al-Nujūm : references to women in dream ; interpretation and astrology transferred from graeco-roman antiquity and medieval Islam to Byzantium: some problems and considerations

A Byzantine book on dream interpretation : the Oneirocriticon of Achmet and its Arabic sources The medieval Mediterranean ; Vol. 36

Byzantine and Modern Homer: A Thousand Years of Reception

Writing and Repression in the Ottoman Second Constitutional Period