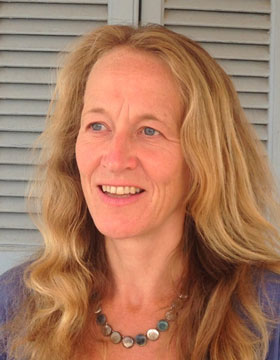 Associate Professor of Classics and History

Born in Karlsruhe, Germany
Studied Classics and Ancient History at Albert-Ludwigs-Universität Freiburg and at St. Johns College, University of Oxford

Gods Around the Pond: Religion, Society and the Sea in the Early Mediterranean Economy

My project explores the interaction of religious practices and economic patterns in the archaic to Hellenistic Mediterranean in a long-term historical perspective and the comparative context of pre-modern societies. Using literary sources, epigraphy and archaeology from Spain to the Levant to the Black Sea, the book will propose a new interpretation of Greek religion as arising, in particular, from the broad, transcultural milieu of maritime economic mobility rather than the city-state. Drawing on a wide range of social sciences, I argue that religious practice and cognition engage principles of contemporary economic theory and economic sociology, such as rationality, risk, regulation and ethics. Embedded in configurations of seaborne connectivity generated by landscape and ecology on the one hand, social networks and the ritualisation of economic relations on the other, ancient polytheism emerges as regulating, but not limiting, social and economic transformation over time and as intertwined with economic growth. Including material from the Byzantine, medieval and Ottoman periods, the study also seeks to trace patterns of social, economic and religious integration that are productive, relevant and problematic in the moral economy of Mediterranean societies through the history of the region to the present day.

Religion and the Economics of the Sea in Early Mediterranean History

A fundamental change in attitudes towards, investment into, and valorisation of the sea at the transition of the Late Bronze to the Iron Age brings into focus the 'ancient Mediterranean' with which historians work today: a network of interconnected routes of travel without centres and peripheries; a web of incessantly interacting but highly fragmented major and minor seaborne ecologies, a world exposed to volatile climates, uneven resource division, irregular productivity, necessitating frequently changing patterns of redistribution and exchange; a thoroughly transcultural space where maritime mobility was as much a strategy of survival and risk-mitigation as a source of unlikely opportunities.

My project claims a key and creative role for religion in holding all this connectivity together as a lived space, carrying, structuring and managing these dynamic economic interfaces across the different cultures of antiquity. Investigating the triangulation of the sea, religion, and economic interaction over the longue durée of the first millennium BC, I argue that religious practice and imagination, for long periods of Mediterranean history, played a vital role in counteracting, while simultaneously benefitting from, the unpredictability of this maritime world, organizing the sea cognitively and psychologically, socially and economically.

Over approximately the last two decades, and exponentially since the economic crisis in 2008, economic anthropologists, economic historians, and even economists have felt the urge to reconsider the question of the relationship between culture and economic systems, and hence also religion and economics. A reconsideration of Adam Smith, Max Webers "Protestant Ethic" and the popularity of New Institutional Economics in the historical sciences reveal renewed attempts at grappling with a central and familiar enquiry - the degree to which economies are embedded or disembedded from social, religious, political structures - how cultural and religious beliefs affect choices, how institutions shape growth, how social networks achieve economic cooperation. It is an enquiry that brings together in a perhaps unprecedented way diametrically opposite methods of research.

In a world where myths and rituals conceptualise landscapes of resources, production, and distribution, where social and moral values are expressed in myth and institutionalised in cult, religious life is a privileged cognitive and behavioural framework within which to identify concepts directing, shaping and controlling economic relations and choices. Broadly speaking, I would like to suggest that, in the first instance, there is a connection between religion and economy in the ancient world; and in particular that the workings of ancient Greek polytheism enable both embeddedness and disembeddedness of economic behaviour, can act both as an enforcement mechanism, and also stimulate innovation and growth. This, I believe is to a great extent due to its nature as a maritime belief system, in which cults, myths and rituals are configured in such a way as to reduce uncertainty about the human and the geographical environment. Greek polytheism - or, as I will eventually come to call it, maritime polytheism - has therefore a predictive capacity that can be seen as productive in economic interaction. Ultimately, I hope to show that the development of polytheism and economic transformation in this period are indelibly intertwined.

A manifesto for the study of ancient Mediterranean maritime networks

Dancing dolphins on the wine-dark sea : Dithyramb and social change in the archaic mediterranean

Introduction : the world of Dithyramb

Transcultural chorality : Iphigenia in Tauris and Athenian imperial economics in a polytheistic world

Singing for the Gods : performances of myth and ritual in archaic and classical Greece Oxford classical monographs

Musical merchandise 'on every vessel' : religion and trade on the island of Aigina

'And now all the world shall dance!' (Eur. Bacch. 114) : Dionysus' choroi between drama and ritual