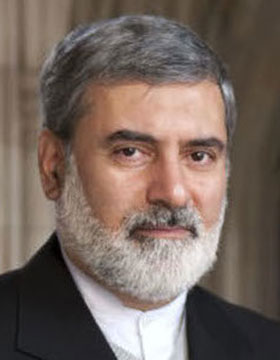 Islamic Theocracy in a Secular Age: Revisiting Shi'ite Political Theology and the Ideology of the Islamic Republic of Iran

My project is a descriptive and critical analysis of the theocratic regime of Iran with its Islamic roots, on the one hand, and a prescriptive guideline for moderate Islamic theology, ethics, and politics in an Islamic framework generally and in a Shi'ite framework specifically, on the other hand. This is a critique from the inside, by an Iranian and a Shi'ite Muslim, based on the standards of modern scholarship. It covers sources in three languages: Persian, Arabic, and English.
"What went wrong in the Islamic Republic of Iran?" is the major question that I am trying to answer in this project. My response is: theocracy, which entails an ideological understanding of Islam; a misunderstanding of the key concept of law, replacing it with the decrees of a jurist-ruler; implementing sharia instead of human rights; having the dream of "Islam is the solution"; and ignoring modernity.
The project is rooted in the personal experience of the author in the revolution of 1979 and in the Islamic Republic of Iran. I started as a devotee of the revolution, tried to reform the post-revolutionary regime through traditional Islamic knowledge, and now am thinking of the reconstructive reform of Islamic theology and ethics, which shall give birth to a new politics. The project is new in two points: 1) the four major shortcomings of contemporary Shi'ite theocracy, 2) the prescriptive guidelines for reform in Islamic thought.
The project has three sections. The first section is an overview of two major issues, a descriptive critical analysis of the shortcomings of the Islamic Republic of Iran and prescriptive guidelines for reform in Islamic thought.
The second section explores four major shortcomings of the Islamic Republic of Iran that I discuss as four "dualities": a) command or law? b) clerical oligarchy or democracy? c) sharia or human rights? d) Islam or modernity as the solution?
Section three, "Islamic identity in a secular age", brings in the prescriptive part of the project. This is a book project that will be published by the University of North Carolina Press at Chapel Hill.

From traditional Islam to Islam as and end of itself