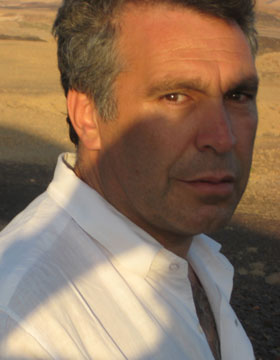 Trained as a social anthropologist, I became a photographer since I intuitively saw in the camera a tool to investigate and decipher patterns of the human condition.
I spent 25 years exploring the multiplicity of heterogeneous and dissonant identities by portraying the Jewish people in over 45 countries in 4 continents, resulting in the two-volume book Diaspora: Homelands in Exile (2003).
By piecing together this vast puzzle, I was forced to explore the notions of otherness, paradox and discontinuity and to reconsider many of my preconceived ideas. Making images is about breaking images.
After having questioned the very notion of survival with a portable identity, it seemed natural to question the notion of territory, sovereignty and the promise attached to Israel from time immemorial. My last project This Place (2014) explores the complexity of Israel and the West Bank as place and metaphor, through the eyes of twelve internationally acclaimed photographers, of whom I was one. Because I look at Israel as a place of radical otherness and dissonance, the eleven artists I invited were from eight different nationalities. I wanted photographers who are "others" to Israeli and Palestinian society to question otherness and to create a fragmentary project that exits a dual perspective and the deep political load attached to this region.
If my photographs are born from an intuition, they are nurtured by and through dialogue. Because at the core of my practice is an ongoing conversation both with the subjects I photograph as well as a collection of individuals I seek out to discuss my working hypotheses, I am attracted by the multidisciplinary character of the residency as well as Berlin being a city of great resonance for Europe, for the world and for Jews. After the centrifugal force and the huge human and geographical scope of my previous work, Berlin will be an opportunity to let centripetal forces bring me to the core of my obsessions about the human condition: longing, belonging and exclusion; fear and desire; and ultimately intimacy.
In the last 30 years, Berlin has become a major diaspora for Jews from all around Europe, a diaspora within a diaspora whose spectrum is of remarkable diversity: former Soviet Jews in a spectrum spanning from the Far East to the Baltic and Russia who emigrated to Berlin soon after perestroika; American Jews - of German origin or not - who come to study and then decide to live in Berlin; Israelis - of German origin or not - who see in Berlin the new center of the creative world and come to be film makers, artists, etc.; and German-born Jews. Berlin is an ideal microcosm, which could enable me within one city to deal with the world at large.
The Wissenschaftskolleg will provide the ideal framework to draw upon on a long journey of self-exploration and to embark on my next photographic essay.

An archeology of fear and desire

From Portable Identity to Sovereignty