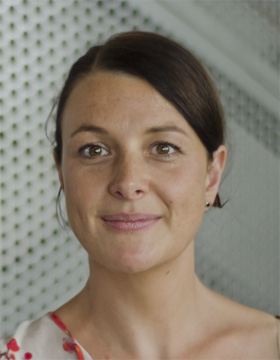 Born in 1977 in Mannheim
Studied Molecular Biology and Biochemistry at Ruprecht-Karls-Universität Heidelberg, at the University of Washington Seattle and at the Swiss Federal Institute of Technology Zurich

Intracellular Scaling Principles throughout Development. Or: Why Size Matters

Does an elephant have bigger or more cells than a frog? Although this question sounds trivial, it relates to some of the most pressing yet unsolved questions in modern cell biology:

Organelle size control is crucial because we expect the size of organelles to be intimately connected to their function. A prominent example is the mitotic spindle which to achieve its function of physically separating chromosomes into two opposite halves of the cell needs to scale with cell size.
While we have achieved a near complete proteomic parts list of cellular structures and organelles, the mechanisms by which their defined shape and size is controlled remain poorly understood. My research aims to understand the cellular mechanisms that ensure organelle scaling throughout development and differentiation. One reason why the above questions have been so hard to answer is that the size of an organelle is generally not simply set by a "ruler" but is an emergent property of molecular collectives. "Emergence" describes the way complex properties and patterns arise from numerous elements whose interactions can be described by relatively simple rules. Examples include the generation of an infinite variety of six-sided snowflakes from frozen water in snow. Similarly, "flocking", the coordinated motion of animals observed in bird flocks, fish schools, or insects swarms, is considered an emergent behavior. Emergence, however, is not restricted to natural sciences but is central to theories in philosophy, psychology, and economics, making it an excellent topic to study at the Wissenschaftskolleg zu Berlin. During my time at the Wiko, I will write two review articles and - together with a Berlin-based artist - develop a science-and-society project, which will make complex scientific concepts such as scaling accessible to a non-technical public.

Emergent properties of the metaphase spindle