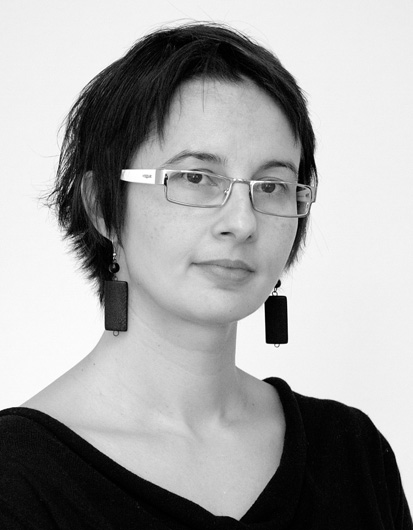 Born in 1974 in Jagodina, Serbia
Studied Serbian Language and Literature at the University of Belgrade
and Linguistics at the Ljubljana Postgraduate School of Humanities

The project aims to shed new light on interpretations of socialism in the former Yugoslavia, as well as on the ethnic conflicts in which it ended. It does so by taking into account personal memories and narratives of a particular experience intrinsically related to life in Yugoslav socialism - serving the Yugoslav People's Army (Jugoslovenska Narodna Armija, JNA). Additionally, it considers the ways these memories and narratives are interwoven with dominant official discourses and discourses shaped in the domain of popular culture (literature, cinema).
While a critical body of scholarly works is dedicated to the political and historical aspects of the Yugoslav conflict, only a few in-depth studies consider personal experiences and perceptions of life, social structures, and policies in the former Yugoslavia and the events accompanying the country's disintegration. Similarly, recent scholarly literature dealing with the former Yugoslav military force predominantly concentrates upon the role of the JNA in the dramatic breakdown of Yugoslavia in the early 1990s and the ensuing wars. The experiences of the individuals involved have never been considered.
Remembering socialism, like any kind of remembering, may be interpreted as a cultural practice and a discursive strategy that give meaning to social structures, values, beliefs, and actions. Thus, the memories of serving in the army in the former Yugoslavia may tell us much about current social realities in the post-Yugoslav societies. The essential aspect of the analysis will, therefore, be the way memories of a particular socialist experience are situated and negotiated in the present, i.e., what are the relations between the individual remembering of the JNA and the dominant public and official discourses: How do these two kinds of discourses - individual and official - coexist and communicate, and to what extent are they aware of each other? The analysis will also include artistic interpretations of the JNA experience, understanding them as discourses in between the two poles - individual and collective - that inevitably communicate with both personal and official discourses.

Seen from today's perspective, service in the Yugoslav people's army (JNA) seems obsolete in many ways: not only was mandatory service replaced by professional armies in the Yugoslav successor states and very different means employed in negotiating masculinity, but also the country whose main ideological symbol was the JNA no longer exists. The latter fact also subjects memories of the JNA to social contestation: the explicitly supra-national (Yugoslav) nature of the JNA is at odds with the national ideologies that dominate in the post-Yugoslav societies, while its close tie to the socialist ideology of Yugoslavia runs counter to the current general anticommunist orientation in the Eastern Europe. Despite all this, memories of serving in the JNA and other JNA-related narratives are still present in the post-Yugoslav space - in the form of personal stories, jokes, and anecdotes in everyday and virtual communication, as references in media texts, as plots in literary works, theater plays, and films. The great majority of these narratives are not affected by the currently dominant (national) discourses.

Starting from this (unexpected) persistence of JNA memories in the post-socialist, "nationalized," and "de-militarized" societies of the former Yugoslavia, my talk will highlight ways of transforming individual male memories of JNA service into a shared cultural memory that still connects people in this area. By discussing the ritualized and highly structured nature of the experience of JNA service, I aim to provide a critique of binary interpretations of the experience of socialism that regard the socialist subjects either as ideologically blind and passive (thereby presuming the moral "faultiness" of socialism and treating it exclusively as a totalitarian system), or as people who wore masks (with the public and private spheres sharply separated, pretending that they believed in socialism and identified with the rituals in which they were participating, while privately expressing distance, opposition, and irony). Using mostly examples of the ritualized practices of visualizing the identity of a JNA soldier, I argue that it is precisely ritualization and the highly structured nature of the army experience that opened a space for play and subversion without total exclusion of support, belief, and identification. This also makes memories of the JNA sites of formation of multiple, often contradictory, meanings, attitudes, and interpretations. In this light, because of its highly ritualized language and practices, it can be argued that the JNA experience was partly staged already at the moment that it was lived. This staging aspect is of great importance for JNA memories as well; it also explains why most of memories of the JNA are not politically contextualized or reinterpreted from today's viewpoint.

In the concluding part of my talk, I will discuss the implications and meanings revealed by the maintenance of and insistence on JNA memories for the former Yugoslav societies, which are still divided along ethnic lines after the violence that followed the dissolution of socialist Yugoslavia in the 1990s.

Contested normality : negotiating masculinity in narratives of service in the Yugoslav People's Army

Becoming real men in socialist Yugoslavia : photographic representations of the Yugoslav people's army soldiers and their memories of the army service

The Serbs of Bela Krajina and imagined communities in southeastern Europe