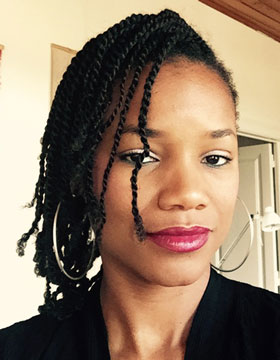 Dysfunctional MDR-1 disrupts mitochondrial homeostasis in the oocyte and ovary - an explanation for poor oocyte quality?

Infertility is a common disease affecting 11% of reproductive-age women in the United States, and it has been reported that 90 million couples around the world experience infertility. Infertility increases as women age, due to a decreased number of oocytes and poor oocyte quality; however, young women also suffer from gynecologic diseases, i.e., endometriosis associated with poor oocyte quality.
In my work, I am studying a potential model for poor oocyte quality in mice that have dysfunctional multidrug resistance transporter-1 (MDR-1) and abnormal oocyte quality. MDR-1 is a plasma membrane transporter that effluxes compounds out of the cell. Our data show that loss of MDR-1, a single membrane transporter expressed on oocyte mitochondria and plasma membrane, leads to toxicant vulnerability, oocyte oxidative stress, abnormal ovarian metabolism, aberrant oocyte mitochondrial physiology, and differential expression of mitochondrial genes in mdr1a-/- mice. Approximately 25% of Americans (63% of Ashkenazi Jewish) have single nucleotide polymorphisms (SNPs) that render carriers susceptible to disease, including inflammatory bowel disease, breast cancer, and Alzheimer's. Infertility via poor oocyte quality may be a harbinger of long-term health sequelae associated with the loss of MDR-1.
However, the impact of MDR-1 SNPs on human oocyte quality and mitochondrial function is unknown. These findings led to my hypothesis that MDR-1 impacts mitochondrial function and protects oocytes from oxidative stress and that its loss may contribute to poor oocyte quality and infertility. I plan to take the Fellowship at the Wissenschaftskolleg to work to revise a grant to support my pathway to independence. I will also prepare and submit a manuscript, learn new techniques to study mitochondria in oocytes in vivo from my mentor Markus Schülke, and begin new collaborations with oocyte biologists at the Max Planck Institute of Molecular Cell Biology and Genetics.

Infertility affects 6.7 million women in the United States. One in six couples worldwide experience some form of infertility problem at least once during their reproductive lifetime, however, the cause of one prevalent diagnosis of infertility - diminished ovarian reserve (associated with decreased egg quantity and quality) - is unknown. In the human female fetus, oogenesis (the formation of eggs) reaches its peak by 20 weeks (mid-gestation) when there are approximately 6-7 million germ cells. At birth, only about 1-2 million oocytes (immature eggs) remain; thus, the oocyte pool has begun to decline before birth via follicular atresia (programmed cell death). By puberty, girls have approximately 300,000 that remain. However, there is marked variation at the rate in which individuals undergo atresia and little is known about what modulates the process. Age-related decline in oocyte quantity and quality with advanced age are a normal physiologic occurrence. However, some younger women experience diminished ovarian reserve (DOR) much earlier and become prematurely infertile. Ten percent of women who seek care with infertility specialists, totaling 275,000 women in the USA, are diagnosed with DOR. Estimates from the American Society for Assisted Reproductive Technology (SART) system show 32% of in vitro fertilization (IVF) cycles (approximately 66,000 cycles) have a diagnosis of DOR. This is a public health problem because there is data showing women with DOR who do conceive have a higher rate of pre-eclampsia (a hypertensive disorder of pregnancy) in a subsequent birth. Women with DOR who require donor eggs also have higher rates of pre-eclampsia. Pre-eclampsia is a leading cause of maternal morbidity and mortality worldwide. Women with pre-eclampsia are more likely to develop cardiovascular disease, the leading killer of women, later in life.

One plausible explanation for DOR is that oocyte dysfunction, mediated by chronic metabolic stress and toxicity, is caused by the loss of a group of proteins known as multidrug resistance transporters (MDRs), which detoxify tissues and are essential for mitochondrial physiology. Oocyte quality has been inextricably linked to mitochondrial function. Mitochondria are essential for ATP formation (energy production) and normal cellular metabolism. Normally, all mitochondria are maternally inherited so a normal oocyte is vital for normal embryogenesis. Our preliminary data show that a transmembrane ATP-binding cassette (ABC) transporter, called multidrug resistance transporter 1 (MDR-1), expressed on both the oocyte and mitochondrial membranes is essential for mitochondrial homeostasis and protection from oxidative stress and toxicants. We also have data that show loss of MDR-1 function leads to poor quality oocytes. The long-term goal of my work is to understand better the mechanism of MDR-1 function in oocyte mitochondria. The overall objective in this application is to test how multidrug resistance transporter 1 (MDR-1) loss leads to aberrant embryo progression, abnormal mitochondrial physiology and diminished ovarian reserve (DOR), which may be a harbinger for deleterious health sequelae such as heart disease in women.

Dysfunctional MDR - 1 disrupts mitochondrial homeostasis in the ooycte and ovary

Fertility and Egg Quality as an Overall Marker of Women's Health