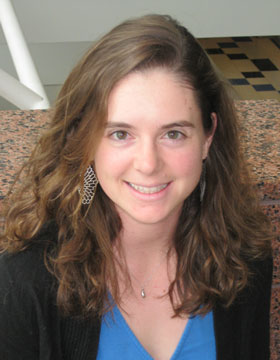 Born in 1985 in Miami, Fl., USA
Studied Biology at Amherst College and Evolution and Ecology at Indiana University Bloomington

Does Genetic Diversity Reduce the Risk of Infection?

What do bananas, potatoes, and Tasmanian devils have in common? They are all alleged victims of the "monoculture effect". According to this idea, parasites spread readily between closely-related individuals, resulting in large outbreaks of infectious disease in genetically homogenous groups of hosts. The idea presents an obvious solution: increasing genetic variation between individuals within a group should impede parasite transmission, lowering the risk of infection. The link between diversity and disease has become conventional wisdom. We even have "software monocultures", which purportedly enabled the 2017 WannaCry ransomware attack. Yet we lack a sense of how general the monoculture effect is (reviewed in King and Lively 2012, Heredity). Does genetic diversity reduce the risk of infection in natural populations? Or do we see this phenomenon only in artificial environments, like agricultural fields, where host diversity is very low and host density is very high? I will conduct a meta-analysis of existing studies of the relationship between genetic diversity and disease. My approach will provide an estimate of the average direction and magnitude of the impact of genetic diversity on disease spread. I will also compare the size of the effect in agricultural vs. natural settings and in controlled vs. field tests. This work will evaluate the significance of genetic diversity for the health of natural populations and characterize the dynamics of infectious diseases in heterogeneous host populations.

Does genetic diversity limit the spread of infectious diseases? We would likely answer "yes" if we looked at the history of intensive agriculture. Time and time again, disease epidemics have decimated dense stands of genetically homogenous crops. That coffee you might be drinking right now doesn't come from Sri Lanka, once a major region for coffee production: the industry collapsed when a rust fungus swept through the vast monocultures of coffee trees on the island in the late 1800's. Stories like this made it almost common knowledge that there is a "monoculture effect:" infection transmits readily between genetically similar individuals, so we expect higher infection prevalence in genetically homogenous populations. But agricultural systems are unique - they're far denser and far less diverse than most wild populations. Outside of agriculture, controlled experiments of the relationship between disease and diversity have produced mixed results. Does genetic diversity generally limit the spread of infectious diseases, across a range of systems, and, if so, how strong is the effect? Answering this question requires a quantitative synthesis of the results of multiple independent experiments. I'll tell you about my current endeavors to address this need. I'll also discuss my attempt to test the old, but somewhat neglected, idea that low diversity populations should have higher variance in infection prevalence than high diversity populations.

I'd also like to flip this question around - what about the parasites? Is genetic diversity important for them? Theory would say 'yes, it's very important!' A major evolutionary hypothesis argues that sexual reproduction should be more common in parasitic species than in their free-living relatives. The idea here is that sexual parasites can produce genetically diverse offspring, and these are, on average, more likely to succeed at infecting a host population that is constantly counter-adapting. There's some data to support this idea - sexual outcrossing is quite common in parasites, even when it seems terribly inconvenient. Some asexual parasites, however, are very successful, with broad geographic and/or host ranges. Why do asexual parasites succeed in some places/hosts and not others? Are there meaningful patterns across taxa? More generally, does any of the progress we've made on the problem of sex help us understand the biogeographic distribution of sex in nature? In the second part of the talk, I'd like to present these conceptual issues that I'm working to review.

Does genetic diversity protect host populations from parasites? : A meta‐analysis across natural and agricultural systems

A model for evolutionary ecology of disease : the case for Caenorhabditis nematodes and their natural parasites

Assortative mating and self-fertilization differ in their contributions to reinforcement, cascade speciation, and diversification

The evolution of reduced antagonism – a role for host-parasite coevolution