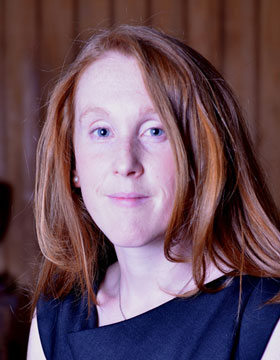 Born in 1980 in Wirral, United Kingdom
Studied Zoology at the University of Liverpool

The Chemical Ecology of Predation

The outcomes of predator-prey interactions are largely influenced by the ability of predators and prey to detect and respond to one another. An organism that perceives a predatory threat or potential prey before being detected itself gains an advantage. Prey can successfully avoid predators when they have the sensory advantage by detecting and avoiding predators before being consumed. In contrast, predators prevail when they hold the perceptual advantage and detect prey before they are themselves detected and prey can escape. There is a built-in imbalance between predator and prey in regard to the penalty of failure during an encounter: failure for prey is death, whereas for a predator it is only a lost meal. This asymmetry in the selective pressure on predators and prey, known as the "life-dinner" principle, is reflected in the greater research attention afforded to prey responses over predator behaviour. Predators and prey use cues across multiple sensory channels to detect one another, including visual, acoustic, chemical, electrical and/or tactile cues. I will focus on predatory responses to cues released by prey, and predator tolerance of the chemicals that prey have evolved as defences. I aim to provide greater insight into the selective forces that shape the evolution of predator-prey interactions.

Many prey species possess toxins or weapons coupled with conspicuous appearance to deter predators: aposematism. On the face of it, aposematism seems easy to explain: individuals with a secondary defence evolve a consensus phenotype to warn enemies about their unprofitability. In a simplified view the more common the signal, the more effective it will be, since predators have many opportunities to learn and lots of opportunities to be reminded. We expect a rule of signal uniformity, but we observe variation in aposematism. Im interested in finding out why we see variability in warning signals. One question Ive been investigating is whether variation in conspicuousness within species provides fine-grained information about levels of defence - a quantitatively honest signal - governed by resource competition within prey. Another question I have been investigating is whether varied selective pressures imposed by different mixes of predator behaviour and sensory behaviour affect variable aposematism.

Masquerade is associated with polyphagy and larval overwintering in Lepidoptera