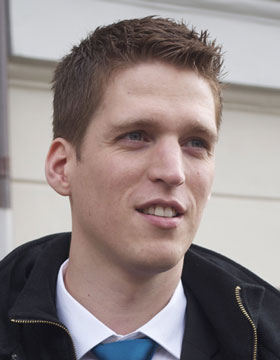 Structure-Function Relationship of Dendritic Spines: Is the Striatum an Exception?

The idea that neuronal structure predicts function goes back to Santiago Ramón y Cajal, the father of modern neuroscience. Cajal observed that neuronal dendrites are covered with little protrusions, termed "spines". He believed that these were the sites where neurons connect. And it is indeed nowadays known that dendritic spines host "synapses", the functional connections between neurons.
Dendritic spines are very plastic, despite their rigid appearance. Long-term potentiation (LTP) is the activity-dependent strengthening of a synapse and widely believed to be the basis of learning and memory. Experimentally inducing LTP in a single dendritic spine leads to its concomitant enlargement. Spine morphology has therefore been subsequently used for classification and functional interpretation. Common classifications are "mushroom", "stubby", and "thin" spine, among which "mushroom" often corresponds to a "mature" and "thin" to an "immature" synapse.
Most experiments leading to the formulation of this "structure-functional relationship" were done on pyramidal cells (PCs). While being the main neuron in hippocampus and cortex (both closely associated with memory and learning), these neurons are, however, only one of many types in the brain.
My research focuses on the striatal spiny projection neuron (SPN), whose main characteristic is the high density and number of dendritic spines. I observed that the striatum often does not play by the same rules as cortex and hippocampus. For example, SPN spines appear more static, yet a large percentage would classify as "thin", hence "immature". Furthermore, spines of SPNs show no obvious correlation between size and synaptic strength. This raised the question whether the "structure-functional relationship" really applies to all neurons, and the SPNs in particular. Dendritic spines clearly come in different forms and sizes. But what do morphological differences mean, if they do not mirror synaptic strength?

Neurons are specialized cells that form the building blocks of our brains. They are characterized by their ability to generate and communicate via electric signals (such as the action potential) and mostly follow a simple morphological blue print. Neurons typically consist of a cell body, one axon and several dendrites. Despite this simplicity, neurons exist in a vast amount of different forms and shapes. The idea that one can predict neuronal function based on neuronal structure goes back to one of the fathers of modern neuroscience: Santiago Ramon y Cajal. Cajal excelled in this exercise, and the concept of a structure-function relationship therefore lies at the foundation of how modern neuroscience developed and how it is still understood and thought of today. But can structure really always predict function?

My experimental work revolves around one particular type of neuron, the spiny projection neuron (SPNs) of the striatum. The striatum is a nucleus in the depth of the brain and involved in functions like motor control and action selection. Dysfunction of the striatum on the other hand is known to be part of many movement disorders (such as Parkinsons and Huntingtons disease.) The SPNs have a very characteristic morphology, with a prominent, spherical dendritic arborization. Taking SPNs as an example case, and referring to previous work, I will show that alterations of SPN dendritic structure can indeed be used to make a prediction about their function, in this case their excitability. However, I will also show that under pathological conditions different rules may apply.

In the last part of my presentation I will shortly introduce another widely accepted form of structure-function relationships in neuroscience, as well as my concerns towards it. During my stay at Wiko I plan to develop strategies on how to better access this concept, as well as to tackle the questions it leaves unanswered.