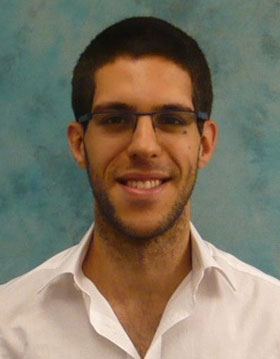 1. This is an empirical research project investigating the relationship between immune function and the emotion of disgust, as well as how these physiological and psychological processes affect aspects of human life such as sexual behavior, food preferences, and the psychology of human mating.

2. Unpacking the Philosophical Implications of an Evolutionary Perspective on the Human Mind (book project)

2. This is a book project exploring the consequences of the fact that the human brain is a product of evolution by natural selection. This basic premise is widely accepted, but its (many) philosophical implications are rarely unpacked. In this book, which is still very much in its incipient stages, my goal is to unpack the implications of this fact for areas of philosophy such as morality, epistemology, philosophy of mind, the "self", and the question of free will. Many thinkers have not paid sufficient attention to the fact that the human brain evolved by natural selection, and others have proceeded uncautiously, drawing unwarranted conclusions from this premise. My goal will be to avoid these unwarranted conclusions while simultaneously shedding light on a number of big questions in different areas of philosophy and psychology.

Evolutionary psychology and the emotions

Could there be a male commitment skepticism bias and a female sexual overperception bias? : novel hypotheses based on Error Management Theory

The evolutionary psychology of hunger

Could there be a male commitment skepticism bias and a female sexual overperception bias? Novel hypotheses based on Error Management Theory
Springer weitere Publikationen in der Fellowbibliothek