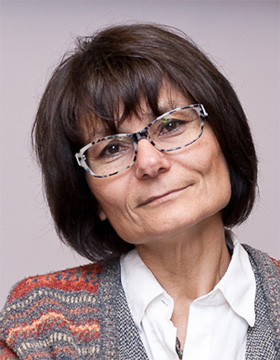 Born in 1958 in Plovdiv, Bulgaria
Studied History at the University of Sofia

Scholarly conceptualizations of historical (meso-)regions have had a much longer tradition than present-day transnationalists might have us believe. This tradition has been inherently polyphonic, made up of multiple "voices", which can be made sense of only by historicizing its dynamics, main themes and conceptual gear. Regionalist projects drew heavily on political values and relied on political support, while at the same time seeking to spearhead and legitimize political decisions or reformulate (geo-)political visions. The links between knowledge and power have thus been reasserted, in an epistemological and pragmatic sense, but the story of how they came to frame the field of Balkan Studies - or academic Balkanism - has not been told yet.
My project will set off in this direction by probing into the paradigmatic scholarly conceptualizations of the region of the Balkans/South-Eastern Europe. It will thus seek to highlight a pre-existing but largely suppressed and unreflected tradition of local regionalist scholarship going back to the "age of nationality" and extending into the critical period after 1989. The political implications of this scholarship, in the sense of the politics of science and science-based politics, will be explored with the idea of underscoring notions of the Balkans that differed considerably from the one summarily and, in recent years, persistently conceptualized as mirroring Western (discourses of) Balkanism. Not only were those notions more subtle and differentiated than an "orientalizing perspective" would make us expect; a remarkable feature of the academic projects under examination was their counterhegemonic thrust and the assertion that the Balkans are and should be treated as a subject.

Regimes of 'Balkan Historicity' : the critical turn and regional time in studies of the Balkans before the First World War

The politics of regionalist science : the Balkans as a supranational space in late nineteenth to mid-twentieth century academic projects

Liberalism and tradition in the nineteenth-century Balkans : toward history and methodology of political transfer

Differentiation in entanglement : debates on antiquity, ethnogenesis and identiy in nineteenth-century Bulgaria

We, the people : politics of national peculiarity in Southeastern Europe

Rethinking Post-Socialism: The Making and Unmaking of the "Liberal Consensus"