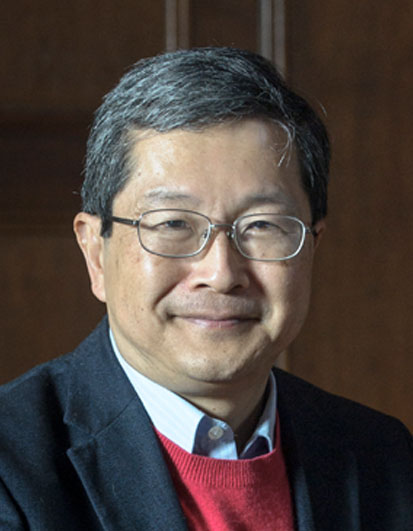 Born in 1954 in Marugame, Japan
Studied East Asian Studies and History of Science at Harvard University

A Print Book on "The Mystery of Presence"

My print book on the Mystery of Presence will draw attention, on the one hand, to the critical, but under-recognized importance of intuitions of "presence" for the history of medicine, and on the other hand, to the entwinement, in European cultural history, of intuitions of presence with the imagination of the tautly stretched string.

An E-Book on "Reimagining the History of the Body"

My e-book on Reimagining the History of the Body will offer a fresh vision of the comparative history of medicine and articulate this vision in a new medium. For most of the twentieth century, narratives of East Asian and European conceptions of the body have chiefly emphasized differences; my project, by contrast, will spotlight neglected historical interconnections and unnoticed modern convergences. My project will center, furthermore, on the intensive use of digital media. The goal is the creation of a "book" that fully exploits the possibilities of multimedia exposition, blending text with spoken speech, moving images and graphic animation, music and other sounds into an intellectual adventure that incorporates elements of chance and game-like challenge. I thus seek not only to communicate a new interpretation of medical history, but also to expand the horizons of scholarly communication.

Kuriyama, Shigehisa. The Expressiveness of the Body and the Divergence of Greek and Chinese Medicine. New York: Zone Books, 1999.
-. "When Money Became Humour." In The Body in Balance; Humoral Medicines in Practice, edited by Peregrine Horden and Elisabeth Hsu, 69-85. New York: Berghahn, 2013.
-. "The Forgotten Fear of Excrement." Journal of Medieval and Early Modern Studies 38 (2008): 413-442.

The Riddle of Presence

On the 27th of January 2015 I will speak of many things, both ordinary and extraordinary.

I will speak of the discord of oil and water, and the buzzing of flies on an English summer afternoon.

I will speak of the pain of earnest effort, and the gliding of birds in the sky.

I will speak of the appeal of certain medicines, and the challenge of sincere prayer.

I will speak of the secret eloquence of sheep, and the sublime beauty of music.

On the 27th of January, 2015, I will speak of all these things and more, and explain how they all relate, historically, to one riddle: the riddle of presence. And I will offer an answer to this riddle that I hope that you will still remember clearly - five, ten, perhaps even twenty-five years from now, even on the 27th of January, 2040, when our time together here may have mostly faded from memory.

"No pain, no gain" and the history of presence

When money became a humor

The forgotten fear of excrement