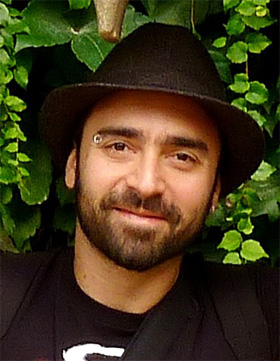 The Neurobiology of Memory Forgetting

During the past 12 years, I've been interested in understanding the biological processes underlying memory. My Ph.D. involved the study of memory persistence and during my post-doc I studied how the brain forms unique and less confusable memories. However, in the last two years, Ive become fascinated by the fact that the molecular and cellular mechanisms underlying memory forgetting are unknown. Over a century of research has presumed that forgetting reflects passive mechanisms such as decay and interference between memories. In the last two decades, however, a growing human literature on a process called retrieval-induced forgetting (RIF) has pointed to inhibitory control processes that resolve competition between memories as a cause of adaptive forgetting. The idea is that memory forgetting might occur by mechanisms that are similar to the ones we use when stopping a prepotent action, such as when stopping imitation and then changing the course of action. To be able to do this, we need to first inhibit the prepotent response to be able to then switch to a less frequent action. So the current memory theory implies that the very act of remembering can cause forgetting through repeated inhibition of the less frequently retrieved memories. In this way, forgetting occurs not for the item that is being remembered, but for other items that are also associated with the same clues. We have been able to develop what we believe is the first animal model for RIF. I plan to be able to write my first paper on this subject while in Berlin.

The Brain for Everyone (book project)

In addition, I have a contract to write a book about the brain for a general audience. Thus my time at the College will be ideal for fulfilling this exciting task.