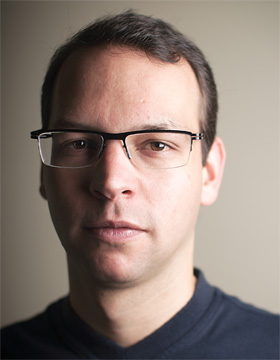 The advances of modern medicine have lulled mankind into the belief that the threats of infectious disease have now been minimized. Although the 20th century was the age of antibiotic victory, it has also witnessed the emergence or reemergence of novel, devastating pandemics. Emerging pathogens not only threat public health, but also cause costly mass mortality in livestock (Nipah virus infecting pigs), crops (mosaic viruses in tomatoes), and wild populations (chytridiomycosis may drive a third of the world's amphibians into extinction). Although epidemiological and phylodynamic models have been pivotal in describing and understanding outbreaks, the underlying processes remain poorly understood. I intend to develop a theory of functional epidemiology in which epidemiological modeling, the evolutionary history of pathogens, and adaptive dynamics within hosts are combined to provide a holistic view of the evolution of infectious diseases. I will review key features of emergent diseases obtained from comparisons of zoonotic diseases and their ancestral strains in the reservoir. To gain insights into the long-term evolution of diseases, I will explore the abundant information on disease dynamics hidden in the visual arts, literature, and history. Finally, I will attempt to place infectious diseases within an ethical framework. I will focus on questions such as: What is the rationale behind current treatment practice, and is it compatible with the stance of current science? What are the ethical implications of vaccination programs and the trend to reject them? Is it ethically sound to refrain from treatment to prevent the spread of resistance at the cost of prolonging illness? What are the consequences of domestication and agriculture, knowing that the concentration of identical genotypes may facilitate disease emergence?

When the most potent combination of antibiotics selects for the greatest bacterial load : The smile-frown transition ; supporting information

When the most potent combination of antibiotics selects for the greatest bacterial load : The smile-frown transition

Plankton-caught zoeal stages and megalopa of the lobster shrimp Axius serratus (Decapoda: Axiidae) from the Bay of Fundy, Canada, with a summary of axiidean and gebiidean literature on larval descriptions