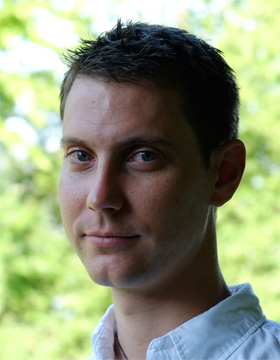 Animals that live in groups benefit from improved defenses against predators, more efficient foraging, and greater chances of finding a mate. These benefits however come with some substantial costs, including greater competition and increased risk from infectious diseases or parasites. Hosts that aggregate into groups are ideal for parasites, since the chances of finding another suitable host is high. The denser the host group is, the more likely that transmission will be successful. Additionally, the more related the group members are, the more likely it is that a parasite that can infect one of these members will be able to infect another member of the group. Eusocial animals, such as the social insects, represent an extreme of sociality and, in turn, may face an extreme degree of parasite pressure. Leveraging the rapidly expanding genomic resources that are available, I will explore the relationship between sociality and the evolution of the immune system by comparing the immune genes found in the genomes of social species of animals and their closely related non-social relatives. I will explore the diversity and rates of evolution of immune genes in these social and asocial sister species and will explore the literature to try to find patterns of non-traditional immune defenses in social or dense-living organisms relative to their less social relatives. Thus far the link between sociality and the evolution of the immune system has not been explored beyond some observational comments about a few species. This project will assess the relationship between sociality and immunity across a far greater range of species, including some very distantly related species but with a shared degree of sociality. I hope that this will shed light not only on how sociality and group size have altered the nature of the immune system and how to identify non-traditional immune defenses that emerge from these dense groups, but also how immunity might have contributed to the evolution of sociality.