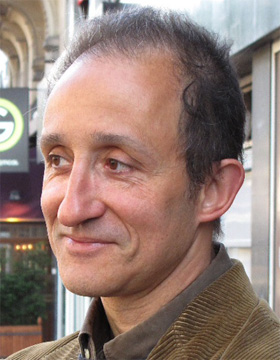 This project aims to study the evolution of labour and labour institutions in Russia, Europe, Central Asia, China and the Indian Ocean between the 16th and the early 20th centuries and questions common ideas about the origin of labour institutions and market economies and their evolution and transformation in the early modern and modern world. It contests the clear-cut opposition between "free" and "unfree" labour and argues that these notions are historically embedded. In contradiction to widespread arguments, this project stresses that Inner Asian, and later on Russian bonded people were in fact part of a gradation of legal status and labour constraints that belonged to a wider Eurasian notion and practice of labour as service. This was partially true in Western Europe as well and gave rise to an extreme form of legal constraints in the colonies, not only under slavery, but especially after it (indentured labour). These institutions did not disappear with the French or the British revolution, but only with the second industrial revolution and the rise of the welfare state, while in the colonies forms of coerced labour survived deep into the 20th century. Three main axes will be developed: Central Eurasia, Russia and the Indian Ocean.
1) Bondage, war captives and slavery in Central Eurasia and Russia: I will trace the origins of colonial slavery, Russian serfdom and Eurasian labour institutions in the medieval and early modern slave trade. I intend to develop a fully integrated approach and mobilize sources that until now have been separated (in Moscow, Kazan, Genoa, Venice). On the basis of the slave trade and war captives, I intend to develop broader insights into early modern history.
2) Russian serfdom - a reassessment: I intend to question the very existence of the so-called "second serfdom" in Russia. However, the word "serf" was not even in use in local Russian sources until the eve of the official abolition of "serfdom" in 1861. If my hypothesis is confirmed, this means that "serfdom" as a system, and "Eastern Europe" as a periphery of Europe, have to be carefully rethought.
3) Labour constraints in the Indian Ocean region. Even more than Inner Asia, the Indian Ocean breaks the so-called trans-Atlantic paradigm. Trafficking began among Indians, Arabs and Africans as early as the 17th century. For decades in the French and British colonies, indentured immigrants encountered enormous difficulties in being distinguished from slaves, in regard to both living and social conditions. On this basis, the general relations between Europe and its colonies will have to be regarded as more complex than colonial studies (subaltern studies in particular) and the world-system and dependency theories have believed up to now.

Since the eighteenth century at the latest, comparative analyses of labour institutions and labour conditions in Russia have been made as if the boundary between free and unfree labour were universally defined. Free labour in the "West" is thus contrasted with serf labour in Russia and Eastern Europe and with forms of bondage in non-European areas. I intend to call this view into question and to show that Russian peasants were much less bound and "unfree" than is usually thought. On the other hand, in most Western countries labour was similar to service, and wage conditions resembled those of domestic servants, with numerous constraints imposed on work mobility. In turn, this situation gave rise to extreme forms of dependency in the colonies, not only under slavery, but especially after it (indentured labour in the Indian Ocean and obligatory labour in Africa).

Unfree labour and forms of coercion were perfectly compatible with market development; in Russia, Europe and the Indian Ocean, economic growth between the seventeenth and the mid-nineteenth century made wide use of bondage and legal constraints on labour. This was so not because population was lacking, but because consistent economic growth took place all over Eurasia between the seventeenth and the nineteenth century. This growth was labour-intensive: family units, landlords, estate owners, proto-industrial and manufacture employers, the State and public administrations required labour. At least in Europe, this world of bonded labour did not collapse with the French Revolution or the British industrial revolution, but only between 1870 and 1914, with the second industrial revolution and the rise of the welfare state. At this time, free contracts entitled working people to real rights ; they emerged in response to the strength of unions, political turmoil and welfare.

Yet, this process involved a minority of workers in the West (mainly workers in large units), while small units, agriculture and above all the European colonies stood at the edge of it, at least until the mid-twentieth century. Twentieth-century Russia also departed from the Western path, and there the "great transformation" was achieved through new forms of bondage.