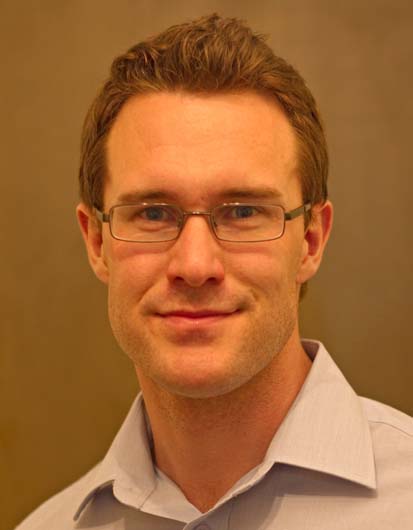 Born in 1981 in Boston, Lincolnshire, United Kingdom
Studied Zoology at the University of Sheffield and Natural Sciences at the Eidgenössische Technische Hochschule Zürich

A ubiquitous threat to all organisms is that posed by parasites. As a result, a number of defences have evolved to avoid contact with and reduce infection by parasites. A highly important aspect of defence is the immune system of organisms, which acts as a last line of defence. Immune systems are made up of a number of components that act in concert to remove or restrict infections. At the Wissenschaftskolleg I plan to research and write a perspective article that looks at organisms' parasite-fighting defence components as a community that has evolved to function as a whole (the defence community). This article will complement ongoing empirical work investigating the combinatorial effect of immune system components against parasites. With a cross-taxa perspective, evidence of phenomena such as synergy and redundancy in these communities will be considered.
Further, a more focused comparative approach will concentrate on defence communities of antimicrobial compounds. This will examine the similarities of the properties of community members across a broad range of taxa, thus allowing conclusions to be drawn about the pervasive selective pressures applied by parasites. Combining the knowledge gained in the previous two sections, a hypothesis will be developed about how small changes in the patterns of abundance within the defence community (for example, differences in defence genes' patterns of expression) may strongly influence the outcome of interactions between organisms and their diverse parasites. In a world full of temporal and spatial environmental change, small environment-dependent changes in defence communities may have greater repercussions for both ongoing host-parasite coevolution and emerging infectious diseases. Overall, this work will explore the evolution of immune systems, such as how historical encounters with parasites have shaped these defence communities and the way this determines contemporary interactions with parasites.