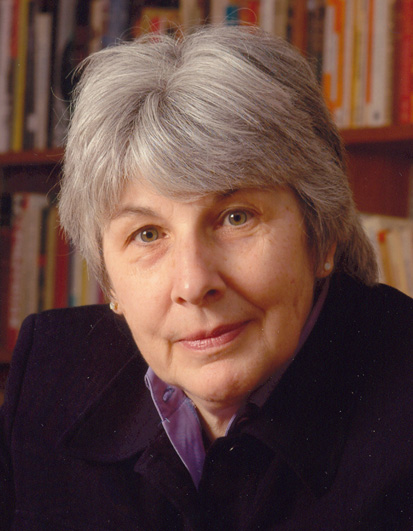 There are two parts to my project. One is an academic-historical study of displacement and re-rooting and the associated questions of self- and external classification of identity and self-understanding, with particular reference to Latvian displaced persons and Australia as a displaced persons destination. While at the Wissenschaftskolleg in 2008-09, I will be doing archival and library research in Germany on this project (the Australian side is being done separately). The other part of the project is a non-academic joint biography (working title: Mischka's War) of two Latvian-born displaced persons, the physicist Michael Danos and his mother Olga, and their experiences in Germany in the years 1944-51. As I am the widow of Michael Danos, this is a completely different type of project with a strong personal component (though I met Michael Danos only long after the events described and after his mother's death). The research for this second project (whose main sources are diaries and letters in family possession, Michael Danos' written and oral memories, and interviews with friends and family who knew him in Germany in the 1940s or earlier in Riga) is basically complete; what I will be doing in Berlin is thinking about how to write the book and writing it.

I am a Soviet historian by trade, one of those Stalin called "archive rats". My cohort of Anglo-American social historians entering the profession in the 1970s took the ideal of scholarly objectivity seriously, partly because we perceived our field to be over-politicized under the influence of the Cold War. For me, in addition, the posture of detachment came naturally: it was the way I looked at things in general, not just Soviet history.

Now I'm beginning two projects in which subjectivity and the personal factor are inescapable. The first is a memoir of my Australian childhood, focused particularly on my father, a maverick left-winger and civil-libertarian of the I.F. Stone variety. The second - my project this year at WICO - is a book about my husband, Michael Danos, in the years (1944-51) that he spent in the British Occupation Zone of Germany as a student and DP (displaced person). As Mischa and I first met each other only forty years later, I am not directly a character in this story. I have researched it in much the same way I would any other historical subject, using materials that were among his papers when he died in 1999, including his and his mother's diaries and letters from the 1940s, interviews with surviving friends and family members, and so on. But it's unlike any other historical work I have done because the primary motive is personal. As I begin to write, one immediate problem is to decide how to handle this: how, and how much, to put myself in when I write about Mischa.

This could be regarded as a relatively simple practical and stylistic question. For me, however, it has become a much broader issue, partly because I notice a growing tendency to put myself in when I'm writing history as well. This may have something to do with scholarly fashion: subjectivity and self-referentiality are in vogue at the moment, objectivity is out. It is probably also connected with the fact that my research interests in Soviet history are now moving forward into the 1950s and 1960s, getting close to the time I think of as when I came in - that is, the time from which I, as a British exchange student in Moscow in the late '60s, have personal memories, experiences, and observations. When I write about this period- in contrast to my past practice, at least the practice of which I was aware - I may think (regardless of what the sources may tell me, on the basis of intuitive or non-demonstrable knowledge): I know how this was.

All this forces me to confront the question of the personal in historical writing and to reconsider (though not necessarily to abandon) my old anti-subjective position.
The main justifications for bringing oneself in seem to be transparency and truth. But transparency can be self-indulgent (the reader may want to learn about Soviet history rather than hear how I fought my way into my first Soviet archive) and truth (the kind obtained by looking within oneself rather than at the data) illusory. My paper will explore, though surely not resolve, these issues.

On Stalin's team : the years of living dangerously in Soviet politics

My father's daughter : memories of an Australian childhood

Tear off the masks! : identity and imposture in twentieth-century Russia