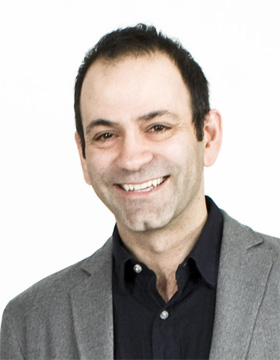 Born in 1964 in New York City
Studied Art and History at Harvard University, the University of California, Berkeley and the Université de Montpellier

During my year at the Wissenschaftskolleg, I will begin a new project that will expand my research into the fields of modern and contemporary art. I am encouraged to do so by the conviction that artistic practice today no longer works primarily within the framework of modernism. Art-making continues and will continue, but it is art-making under an expanded definition, one that has arguably more to do with certain pre-modern artistic modalities - forms of art-making prevalent in the Renaissance and in earlier periods - than with post-Enlightenment conceptions of art. The project I have in mind is more than an effort to make historical art relevant to contemporary concerns. A new set of reference points is reframing the history of modern art itself. Virtually every major development of twentieth-century art can be productively analyzed in relation to modes of image-making that existed before the institution of the work of art - before the museum, the academy, and the modern apparatus of art criticism and art history. These include installation art, abstraction, collage, indexicality, serial art, the ready-made, conceptual art, performance art, and land art. It is not my intention to reduce one set of practices to another, but rather to provide an analytic context in which the differences become meaningful and thus provoke new forms of understanding. The aim of the project is to work toward releasing the art of both periods from the familiar accounts that currently govern them and toward putting them into a wider context of inquiry.

Two works by the Paduan sculptor Andrea Briosco, called Il Riccio, directly confront questions of religious succession, and in doing so they confront the problem of the place of images in religious life. One is a statue of Moses whose figure is melded with the imagery of the Greco Egyptian God Jupiter Ammon. The other is a relief showing a statue of Christ receiving the blood sacrifice of a lamb. In both cases forms and imagery from more than one religious system are improbably-even impossibly-combined. The contradictions in these images are acute, and frustrate any effort to resolve them simply as a problem of content. Instead they go directly to Riccio's own practice as a maker of sculpture, and specifically as a maker of bronzes. The fact of bronze sculpture, its history, its meanings, its role in religion-this, I propose, is the deep theme of the works.

Fashion and the now-time of Renaissance art

Michelangelo and the reform of art