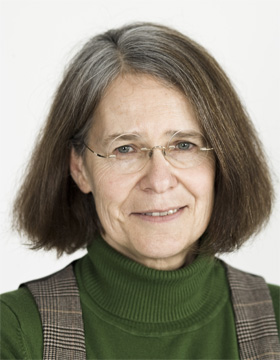 Extraordinary Professor in the Arts Faculty

South Africa has eleven official languages. Professors teaching the literature of the nine indigenous languages had been asked by me to select the ten best poems in their literatures. These poems were translated in small groups. I have two aims: (a) to prepare a selection of these poems for possible publication and (b) to try to determine the worldview underlying these poems and how effectively this view has managed to survive translation. This will form part of my broader studies of the African philosophy that underpinned the South African Truth and Reconciliation Commission and how successfully it survived the translation of victim testimonies.


TESTIMONY OF Mrs KONILE: CAPE TOWN, 23 APRIL 1996
DR BORAINE:
Hello Ms Khonele, can you hear me all right?
MS KHONELE:
Yes I can hear you.
DR BORAINE:
Tell us where you come from, where you've been ... about your family before you tell what happened in 1986.

MS KHONELE:
I am Ms Khonele from [indistinct] I have three children the fourth one who was shot, they are all daughters, they are all married. The one I was living with was my son, because I didn't have a husband, he was the one who left us, he passed away quite early. I was living with my son, just the two of us. When he came to Cape Town we were going to be given sites here in Cape Town, but he decided no we must come to Cape Town. Now - or he wanted to come here because he wanted to join his brother-in-law. We were told to go and register - to go and register all our sons, because as woman we were not allowed to have sites on our own. So he said to me I am going to work here in Cape Town, because he knew that we are going through a miserable life, he thought okay the best thing is to go to my brother-in-law in Cape Town.

Indeed he went, I heard this from his brother-in-law that yes he is working, he use to usually give me a little of what he was working for. And yes I got myself a site. People's names were being called, but mine was not one of those during that process. During that process Peza arrived, we were on our way to get pensions, if I am not mistaken it was on a Thursday, I was on my way out. Peza said to me no here he is, quickly I was scarred.

But I never thought that because Peza was usually coming to Cape Town I am not - I don't even know Cape Town and now we went on to the pensions. We went and came back from getting our pensions. I said oh! I had a very - a very scary period, there was this - this was this goat looking up, this one next to me said oh! having a dream like that with a goat looking up is a very bad dream.

When we saw on TV - I am sorry Peza came in, I was very scared when I saw Peza and I said Peza what is it that you have to tell me. Say to me now - say it - say it now, Peza said he asked me where is Zabonke, I said he is in Cape Town. Then he said I am here I am sent by the comrade in Cape Town the ANC. So I asked where is that, he said among - among the shacks. I asked what happened, he told me that my son has been shot. He said let's go now, I am here to fetch you. Your son before he left, he said your name. He said because he has this shack which is his place now, he said that seeing that he left his own mother without any place, his mother must be brought into shack.

When we left, I didn't even know what Cape Town was and I didn't even know what a town looked like. He took me to Cape Town. When he would hold my hand, I would just shiver, my whole body would just shiver. He took me to the hospital he spoke English for a long time, and I was taken, I was getting tablets and I was getting an injection. He was told that to leave me alone for a while, well I stayed there just for while.

Then I started to sweat, well I was starting now to be conscious, I wasn't sure whether I lost consciousness, I don't know when I lost consciousness. I wasn't alone we were, I was with other woman. We [indistinct] Cape Town I wasn't even shown what was going on. When I got there, there were lots of comrades all - it was woman and men. And young men and boys, Peza - okay Peza had dropped me at this place.

Then I was told that your son Zabonke has been killed, there were seven. I was told that they were in a certain forest, him and somebody else. Him and someone else were asking for forgiveness, they held their hands up asking for forgiveness. I asked them where is he now, where is this new home that he has. So they took me to his place, that is now where - where I saw the mattress.

When I saw him, I had this vision - after I was told and I regained my consciousness, I remember people were praying there. A Kombi arrived, people asked if I had arrived already and they were told yes I have. We were four mothers, then we were told to go to the mortuary. We all left for the mortuary and now my - my grandson was at work. I was asked who will accompany to the mortuary.

Now these men, these men in the mortuary says he will - one of them will accompany me. When we got there - when they opened the door I felt this cold breeze that's when I lost my consciousness. Then they took me to some place that I don't know, they took me some pills and they asked me do you still want to back there. I said yes I do, so I went and I saw him.

What I can only remember now are his feet, I could only identify his feet, that's how I could see my son. They asked if I am satisfied, I said yes I am. And in the morning, in the morning we were told that these children should be buried now because after all - after all these dogs have been dead for a long time.

So this - the comrades went I don't know where they went, they came back they said you don't have to bury him whenever - when somebody else says you must bury him, bury him when you want. So we decided we will bury him on Saturday. We went to fetch him at the mortuary. Zabonke was the first one, they were arranged according to the - to their lengths.

Zabonke was the first one because he was the tallest. He stood out of everyone else. Now I - what I don't know was he was already working or he had stopped working by the time he died. Okay we chose the boxes of our children, we could see the boers had - somewhere at the back there, on the gravel road. The youth - the youth just was scattered all over the - all over. The youth now was throwing stones to the police, we were left on the gravesides with the priests and the youth were throwing stones to the police. After that now we went back - the funeral was a big-big occasion.

I wanted to go back with my son- the boers told me that you can never go back [indistinct] these boers have already communicated with the other boers at [indistinct]. They said that my son has a bomb, they said he will never - that's how I gave up. So now this comrade said okay he will be buried where he was shot, that is what I know about my son. I don't know all the other details that's all I know.

After that I was so miserable. I had no where to go, I wanted that house, that shack, it was very difficult. Something told me to go and pick up coals, it was on a Thursday. I was knocked down by a rock, and this big rock hit me on my waist. I tried to move so that I can get some air, it was at eleven at that time, but they could only get me out of that rock around 5pm.

When I woke up, I felt like I was just getting out of bed. And there was a continuous cry that I could hear. It felt like I was going down - down - down. When I looked, I was wet - wet - wet - I was wet all over the place. I asked for water, they said no we don't have water. I said - I was talking to one of the women who was with me. I said please - please urinate on a plate so that I can drink, she did and I - then regained consciousness, I woke up.

When I was awake they put me into a van and I was taken to hospital. The doctors said to me I must just go away, I must go back under those rocks where I was before, I am no-one - I am nothing, what is ANC, what is ANC. He said this woman's son is the one who was - who appeared on TV. You must be aware that I didn't even see my son on TV, I don't even have a TV, I still - I didn't have it then. Somebody pleaded with the doctor and then they admitted me. On Christmas I spent my Christmas in the hospital, I even spent New Year in the hospital, two months there. My children were trying to fend for themselves while I was - while I was in hospital.

It's very difficult in the township if you have no-one to take you. And now I haven't left out anything, I have said anything - everything right now."

To exchange justice for truth is to embrace evil : a view on human rights through the South African Truth and Reconciliation Commission

Where I become you

Begging to be black

'This thing called reconciliation…' : forgiveness as part of an interconnectedness-towards-wholeness