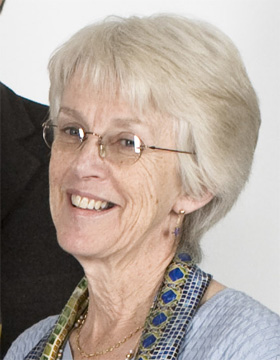 I hope to illuminate Kant's moral theory from two perspectives - that of moral psychology and that of the ideal moral world. Although commentators note the connection between the ideal moral world and the 'realm of ends' formulation of the categorical imperative, many tie the latter to Rawls's idea of choosing moral precepts from behind the veil of ignorance. By contrast, I believe that the notion of the ideal moral world undermines the classic Rawlsian thesis that, for Kant, the right is prior to the good. In my view, Kant holds that the right is right, because it leads to an ideal moral world, and that the ideal world is good, because within it all actions are right and autonomous. I also wish to focus on the ideal moral world to ask a question of considerable interest to contemporary philosophy. Is acting as if one lived in an ideal Kantian world, while knowing that one does not, morally better than actualism, deciding what to do on the basis of well-founded views about what others will do?
Building on the work of Henrich and Willaschek on the 'fact of reason', I will offer an account of Kant's argument that pure reason can be practical. While disagreeing with Allison that reason is 'absolutely spontaneous' in the theoretical sphere, I believe that a close study of the layers of consciousness that Kant took to be involved in judgments can clarify - by both similarity and contrast - the complex phenomenology of an agent's awareness of the moral law.

Kant is famous for taking the 'epistemological turn' in philosophy, for making epistemology (theory of knowledge) rather than metaphysics the central focus of philosophy. One project of the Critique of Pure Reason is to reveal alleged metaphysical theses as epistemological ones. Most famously, he argued that the thesis of determinism was no insight into the way reality must be, but an implicit assumption that cognizers must make if they are to acquire any knowledge at all. He was explicit on the true origin of metaphysical principles.

"Metaphysics is nothing other than a philosophy of the basic principles of our cognition". (AA 2: 283)

Roughly, Kant's predecessors thought that they could uncover metaphysical truths by looking at the necessary conditions for human knowledge; Kant thought that this method revealed only necessary conditions for knowledge.
The case of the thinking subject itself is interestingly different. After all, if predecessors discovered what cognizers must assume or presuppose in order to have cognition, then they discovered something about that subject himself. The question is whether they discovered only something about what cognitive subjects must believe, or also something about what cognitive subjects are or are like. Descartes thought he could show, merely by thinking about thinking, that the subject of thought was a simple (and immortal) substance; Leibniz thought that he could show that thinking subjects were immaterial. Kant's verdict on these efforts is mixed. He believed that his predecessors vastly over-estimated what they could learn about the properties of thinkers by considering the necessary conditions for thought or knowledge. On the other hand, for very non-Cartesian reasons, he believed that Descartes was right that thinking itself established the continuity (or unity through time) of cognitive subjects. He also supported Leibniz in an odd way. He argued that a proper analysis of knowledge revealed the necessity of a kind of consciousness that could not be understood in mechanistic terms.
My interest in these aspects of Kant's work is not just historical, but also systematic. Cognitive scientists have struggled with questions of mental unity and of consciousness. Kant's efforts to understand the necessary conditions for rational thinking may help to make these nebulous, but seemingly important, topics more precise.

Kant's argument for the categorical imperative