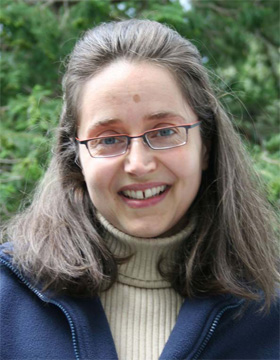 The Institute of Ismaili Studies, London

This project explores the place of Ibn 'Arabi (d. 1240) in the contemporary Islamic landscape through a study of his shrine complex in Damascus. Ibn 'Arabi was a major figure of Sufism (Islamic mysticism), possibly the most influential thinker of the second half of Islamic history. He remains a significant if contentious interpreter of Islam, his legacy marking significant fault lines in the contemporary Muslim community. The study posits Damascus (with its rich intellectual traditions and symbolism as the locus of tombs of Ibn 'Arabi and his arch-rival Ibn Taymiyya, the "father" of modern Salafism) as a microcosm of the wider Muslim arena. The shrine-centred approach responds to the paucity of studies of Sufi shrines in Arab Sunni contexts and of lived Islam in Syria. The interdisciplinary framework encompasses ethnographic (participant observation; interviews), textual and historical aspects.
A historical overview of the tomb maps the emergence/life of the shrine complex. The main focus is then contemporary, tracing the complex's sacred topography, life cycle, local community and constituencies of use. Religious activities serve to introduce contentious issues of the day in terms of Sufi-Salafi polemics. Moving into Damascus more broadly, the study explores perceptions of Ibn 'Arabi and activities at his complex among Sufis, 'ulama and intellectuals. The 20th-century encounter between Islamism and the state has dictated that Salafism remain underground in Syria, yet beliefs/practices associated with the country's strong Sufi traditions do not go unchallenged. Voices of Sufi-Salafi reconciliation have recently appeared (some of ulama formerly exiled in the Haramayn): they find an ear among Syrian youth fearful of intra-Islamic polarisation.

Beshara and Ibn 'Arabi : a movement of Sufi spirituality in the modern world

Thinking on the Jews

Modern intellectuals, Islam, and the Qur'an : the example of Sadiq Nayhum

Islamic thought in the twentieth century

A fundamental quest : Hizb al-Tahrir and the search for the Islamic Caliphate