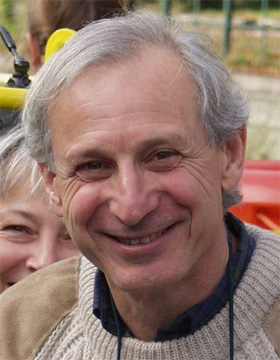 Complex systems with explicit or implicit goals (such as human beings, animals, plants, institutions, firms and even countries) routinely take actions whose consequences can at best be predicted probabilistically. Scientists studying decision-making at all levels are interested both on establishing normative principles (identification of the optimal decisions under a given scenario) and descriptive laws (i.e., how real systems actually do take decisions). Economists and evolutionary biologists have emphasised the normative approach, while anthropologists and psychologists have focused on the actual decisions taken and the processes by which systems reach them. So far there has been little cross-fertilisation between fields, with researchers in each field often inadvertently formulating new theories that are in fact translations of ideas pre-existent in other realms. I intend to develop an integrative theory of decision-making under risk that should help in bridging some of these interdisciplinary gaps.

Remarks for Other Fellows
My project is part of a focus group on risk that will include various Fellows from other disciplines, including economics, psychology, anthropology as well as theoretical and empirical biology. The focus group is planned to continue for two academic years, until the end of July 2003.

Yanomamö dreams and starling playloads : the logic of optimality

Risk-sensitivity : crossroads for theories of decision-making

Risky theories : the effects of variance on foraging decisions

Rate currencies and the foraging starling : the fallacy of the averages revisited