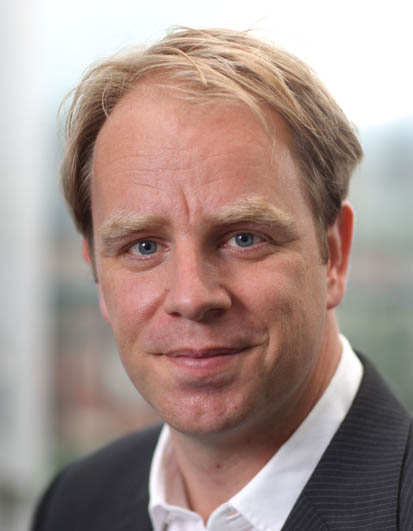 Professor of Public Law, European Law and Philosophy of Law

Born in 1967 in Bochum
Studied Law at the universities of Bochum and Geneva, Yale and Harvard Law School

My starting point is that the nomos of international law seems fundamentally out of sync with the narrative of the modern nation-state. While international law expands and proliferates, so does violence. Much of this gets buried under utopian narratives of political and moral progress on the one hand, and an impoverished intellectual discourse shorn of context and history on the other; both attach themselves to international law. I am therefore interested in the symbolic forms of the political and of the law that make such a thing possible.
In my inquiry, I will try to continue my research in "law in context" and connect it to my "cultural study of law". Since the law is, of course, not just a bunch of rules but a whole set of beliefs, I will focus on the "social imaginaries" surrounding and informing the law. That kind of study requires much transdisciplinary awareness-?obviously, it will be a major challenge to integrate arguments from such diverse backgrounds as political theory, history of ideas, philosophy, theology, art history etc. Most likely it will also be a major disaster. I will try and avoid the worst by using insights from methodological schools like the New Haven Approach, the histoire croisée school of comparative history, and the genealogical approach of cultural studies.

"...but the greatest of these is love": Grounding Law in Love

The Rule of Law is more than a collection of rules: it is a social practice, a way of being in the world. To live under the rule of law is to maintain a set of beliefs about the self and community, time and space, authority and representation.
Traditional legal scholarship has a hard time getting to the bottom of this. The one powerful critique of academic doctrinalism - legal realism and its heirs Critical Legal Studies, critical race theory, legal feminism and, above all, law and economics - failed in the sense that it debunked law as epiphenomenal. It saw power and interests as the truth of law, which was merely instrumental: the law itself dropped from view.
But the law has something unique to offer if we approach it as a set of beliefs by which members of a political community understand themselves. To inquire into that set of beliefs means to turn from theory toward the social imaginary.
Once we do that, we face an imaginative structure that binds representations to identity. We are able to see law as a trace of popular sovereignty's presence, e.g. in revolutions or constitutional conventions. That presence is no historical truth, but an imaginative structure. Its biblical dimensions are hardly hidden. We see through the text to its author. In religion, we know the Bible is a sacred text because we see through it to God's presence in a moment of divine appearance. In law, we are not governed by the dead hand of the past because with see through the constitution to its author: us, the popular sovereign, who shares many qualities with the monotheistic God. The faith of the reader is the only reason why this imaginative structure is stable. Once that faith is lost, the text is a representation that points to nothing but itself.
Law, then, rests on an imagination of identity. That imagination answers the question "Who am I?" before it answers the question "What should I do?". The answer cannot be exhausted in representations, but turns to a web of meaning, of imaginative construction of self and other, and of narrative. One of the most powerful narratives we have is that of love.
Love can teach us a lot about our imagination of the political. There is nothing we wouldnt do for love. For the sake of love, we place ourselves against the demands of justice. Justice, and generally reason, are displaced as the paramount values of political order. Love works through the particular rather than the universal: there is no natural movement towards the global. Love also resists representations: it is peculiarly speechless. We can never understand why these people love each other; we have no access to the world they share. What is more, in love we find a world that can ground a life in an ultimate meaning. For this world, individuals will sacrifice. They will not measure their actions by a norm of equality or justice, but by one of care. The endpoint of the loving imagination - sacrifice - is not a weird exception that can be dropped from serious inquiry, but something extraordinary that is intimately linked to the ordinary.
Looking at love - at identity, at the social imaginary - we are able to see elementary forces of the Western social imaginary, rather like the elementary forces of physics. They have the power of world creation and world maintenance. They make available resources without determining their use: the ideas of love, sacrifice, innocence, etc. work as a set of building blocks of the social imaginary. Inflected through more specific narratives of our political experience, they take on specific forms in political narratives, like revolution and constitution. We respond to them because they present a familiar imaginary landscape.
We fail to justify love. There is no causal explanation; there is no logic to love, faith, or the sacred. Theory will not exhaust experience. The social imaginary is fiction; but it is fiction that we live and die for.