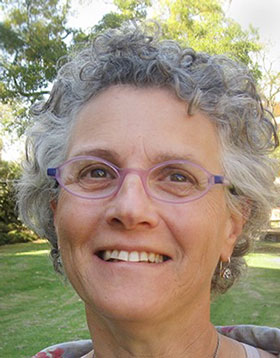 Professor of Evolution and Ecology

Born in 1956 in New York, NY, USA
Studied Biology at Harvard University; Ecology, Evolution, and Behavior at the University of Minnesota; and Biological Sciences at Florida State University

A Popular Book and Data Synthesis

I will work on two projects: a popular book describing how many local human livelihoods and challenges are influenced by large-scale global processes. I also will undertake a data synthesis of long-term censuses of butterflies, plants, and birds from across Europe and the US.
My major project will be to write a popular book, tentatively entitled "Hitched to Everything Else in the Universe", inspired by the words of the famous US naturalist John Muir, "When we try to pick out anything by itself, we find it hitched to everything else in the Universe" (1911). The book will describe some of the many astonishing ways in which humans all over the world are linked ecologically. I will focus on themes of movement, adaptation, migration, and climate change. The goal is to instill an appreciation of the interconnectedness of ecosystems on Earth by showing how local phenomena of fish catch, crop yields, antibiotic resistance, and disease prevalence can reflect complex global ecological phenomena. For example, dust from desert dust storms of the Gobi and Sahara is blown thousands of miles and fertilizes the oceans and Amazonian rainforests with scarce nutrients. These nutrients increase plant growth, and this growth moves up the food chain, affecting growth, carbon storage, and fishing yields. Through this and other examples drawing on large-scale animal migrations, the evolution of drug resistance, and more, I hope to impart a feeling of global ownership of Earth's ecosystems.
I also plan to do some scientific work, synthesizing large datasets of long-term species abundances to understand whether evolutionary relatedness predicts co-vulnerability or co-resilience to global change, and also to take advantage of other Fellows to perhaps explore the evolution of coloration patterns.

I am awed by biodiversity. What processes allow many species to live together in same locality? How are collections of diverse species assembled and how do they function? The characteristics of species and how they interact with one another are shaped by both historical factors of past evolution as well as by contemporary interactions among species. There is a tension created by recent shared evolutionary history: shared ancestry should make species more similar and thus, these species should prefer the same habitats, food, etc. Yet, such shared preferences between species might also create conflict in use of resources or habitat. In my colloquium, I will dissect underlying mechanisms for a fundamental hypothesis that Darwin put forth on how the evolutionary relationship between species should affect the likelihood of their coexistence in local communities. I use both experimental and observational approaches to explore this hypothesis. I then develop some novel mechanisms to explain the incidence of coexistence in closely related species. Finally, I will conclude with a small section on my proposed Wiko activities.

Occupation of bare habitats, an evolutionary precursor to soil specialization in plants

Coexistance in close relatives - beyond competition