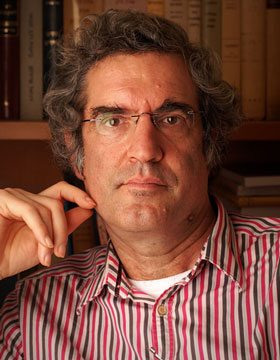 This paper examines the normativity of law, namely why the law is (or, at least, can be) morally binding. I examine here two main views: positivism and natural law theory, reject both views, and provide a new proposal that rests on the ability of law to speak in the name of the people.

In the first part, I describe two main views concerning the nature of law: positivism and natural law theory. Positivists believe that law is conventional, while natural law theorists regard law as grounded necessarily in moral norms. I show, however, that both views fail because both of them maintain that the normativity of law is important to the extent that its norms are just or correct or converge with reason. In spite of their otherwise competing views, both the legal positivists and the natural-rights lawyers reduce law's normativity to a question concerning its content, namely, how the content of legal norms converges with the demands of right reason (or political morality). In the second part, I defend the view that law has normative value to the extent that it establishes a public point of view from which normative pronouncements of public officials could count as made in the name of (or even by) the people. Accordingly, it is legitimacy rather than justness or convergence with reason that explains (at least ideally) law's normativity.

More specifically, law's normativity is not a matter of content. Rather, it is one of status or standing and, so, legitimacy. Standing requires a certain relation between lawmakers and officials, on the one hand, and citizens, on the other, such that the former "represent" in some sense the latter and, therefore, can speak in their name. To properly understand what law requires or demands, one ought to understand what pronouncements can properly be described as pronouncements that are made in the name of the people and, therefore, pronouncements that cannot be attributed to the will or to the judgment of any private person in particular.

Embracing the tension between national and international human rights law : the case for discordant parity

The case against privatization