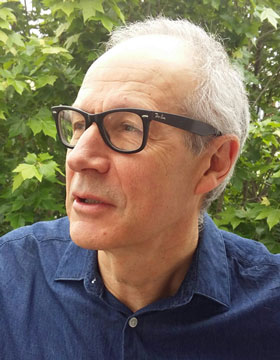 The Mechanisms of Redress: a Sociological Approach

The construction of mechanisms ensuring the proper redress for the harm suffered by people, individually or collectively, as a result of detrimental events is an important issue in any society. In contemporary societies, this means looking into areas of study as diverse as judicial institutions, private and public compensation systems, victims' rights groups, the media, memorial devices, and medical and psychological care, all of which contribute to redress, albeit in different ways. Various scientific disciplines (psychology, psychiatry, neurosciences) have sought to precisely analyze victims' responses and to identify the general patterns characteristic of these responses. Economics provides tools to reveal the preferences of individuals faced with the various options offered to them after an accident. Legal science develops normative frames to organize and control redress practices. My current research aims to contribute to this field by using the tools offered by sociology, as well as those provided by anthropology and history. The project seeks to shed light on the complex normative work victims carry out around each of the mechanisms they are faced with. Based on an inquiry on the victims of a public health disaster in France and on a comparative approach to frameworks of redress, it aims to spark further studies on other domains (political violence; environmental and technological disasters).

In many societies an increase in the space allotted to victims has become a battleground pitting the "pro-victim" position, favoring an extension of that space, against the "anti-victim" position, which sees it as the cause of numerous irregularities. This polarization involves many mechanisms (psychological, legal, media, insurance) as well as spheres (environment, work, political violence, terrorism, sexual abuse). The goal of my research is to think through the nature of these conflicts, to identify the main issues at stake and to understand the practical implications involved. My talk will focus on criminal proceedings as one of those mechanisms where these tensions are particularly conspicuous.

In the first section of the talk I will sketch how for the past forty years the issue of victims has been the driving force behind conflicts and reconfigurations in the intellectual domain and most notably in the social sciences. I will show how intellectuals clash over their interpretation of four developments: 1) the weakening of Marxist schemata, 2) the advent of a "risk society," 3) the rise of a "politics of pity," and 4) the escalation of debates over who might be the most important victims of the different types of violence which has plagued modern society for more than a century.

Secondly I will show how there is also a clash among legal experts as to the role of victims in criminal proceedings during the same period in France and the United States. I will look at just how these clashes involve positions on several major questions: the objectivity of the criminal judgment, maintaining fairness, the limitation of violence between victims and accused, and the nature of the purposes ascribed to the proceedings. We will see how these conflicts - which have resulted in an expansion of the role of the victim - have mobilized and sometimes blurred the usual opposition between conservators and progressives in defining criminal-justice policy.

Thirdly, based on an ethnographic study of a criminal trial, I will discuss the actual practices of judges, lawyers and victims themselves with respect to this new role. I will emphasize the interface between the compassionate norm, the need for objectivity, and legal battles.

The force of dispositifs

Rethinking the role of victims in criminal prosecution : the normative prepertoire of lawyers in France and the United States

Politics and Law - An Interdisciplinary Dialogue between Social and Legal Sciences