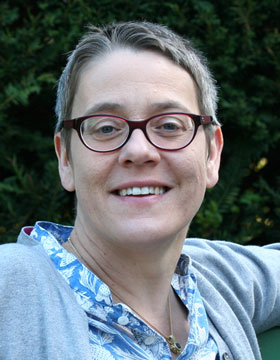 Res Publica of Letters: the Politics of Knowledge in Late Republican Rome

This project examines the last decades of the Roman Republic (50s and 40s BCE) with a view to integrating political, social, and intellectual history. It is a curious fact that the first century BCE was a period of both intense intellectual flourishing and extreme political unrest - and what is even more remarkable is that the agents of both were very often the exact same people. Such members of the senatorial class as Cicero, Caesar, Brutus, Cato, Varro, and Nigidius Figulus, among others, contributed greatly to the development of Roman scholarship and engaged in lively and often polemical exchanges with one another. The very same men were crucially involved in the tumultuous events that brought about the collapse of the Republic, ending up on opposing sides in the civil war between Caesar and Pompey in the early 40s.
In my book, I propose to treat the intellectual and political activities of these "senator scholars" as two sides of the same coin, exploring how scholarship and statesmanship mutually inform one another. My aim is to capture the true complexity of this pivotal period by illustrating how the remarkable "republic of letters" of first-century Rome is involved in the fight over the actual res publica and how in this period the acquisition, organization, and diffusion of knowledge is always bound up with the question of what it means to be Roman in a time of crisis. Topics to consider include the uses of philosophy, from Cicero's project of creating a Roman philosophical encyclopedia to Cato's ostentatious Stoicism to the Epicurean quietism advocated by the poet Lucretius; the construction of an idealized Roman past in Cicero and Varro; the debates over the shape of the Latin language; the politicization of cosmology and science; and the propagandistic and polemical uses of old and new forms of divination, including the rise of astrology.

What if, while campaigning against each other, Hillary Clinton and Donald Trump had also been co-authoring papers on adult sex ratio variation in vertebrates? What if Angela Merkel had dedicated her recent book on Byzantine translations from the Arabic to Recep Tayyip Erdogan and in turn received a preprint of Erdogans latest piece on natural law theory? What if politicians were scholars, and scholars politicians?

This is the situation that obtained in Rome toward the end of the Republic (mid-first century BCE), when momentous political events were accompanied by an unparalleled cultural flourishingand the actors in both spheres were often the same. My project at the Wissenschaftskolleg is a monograph on the intellectual practices of Roman senators (= the politically active class) in the period 63-43 BCE and in particular on the intersections of knowledge and politics. How did the philosophical convictions and scholarly pursuits of men like Julius Caesar, Cicero, Brutus, Cassius, Cato, Varro, and Nigidius Figulus inform their political convictions and decisions, and vice versa? That is what I hope to find out in the course of the year.

In my colloquium talk, I will offer a brief introduction to the historical background before taking a closer look at some of my protagonists. After discussing a number of methodological questions and challenges to the intellectual historian of late Republican Rome, I conclude with a case study, Gaius Cassius Longinus, the conspirator and assassin of Caesar who also happened to be a declared adherent of Epicurean philosophy.

The Roman republic of letters : scholarship, philosophy, and politics in the age of Cicero and Caesar

Manilius and his intellectual background

The Roman Republic of Letters : Scholarship, Philosophy, and Politics in the Age of Cicero and Caesar
Princeton University Press more publications in the Fellows' Library