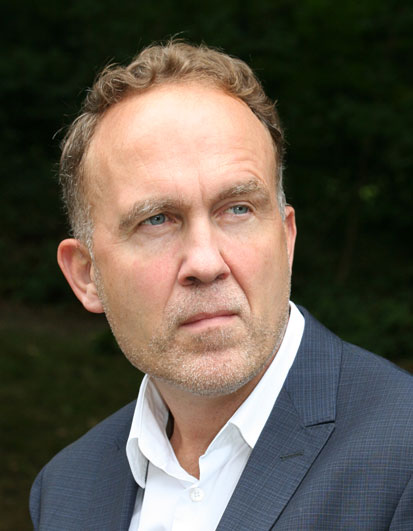 1. Islam and Image: Materials for a History (book project)

Ad 1. In recent European debates on immigration and assimilation, Islam's relationship to the shibboleths of secularism has sometimes been emblematized by a problematic relation to the image. The articulation of notions of cultural and religious alterity around incommensurate concepts of the image has a long history in European representations of Islam. This book project opens by tracing that history across the longue durée. It then considers a range of normative textual materials for the history of attitudes toward images in Islam, including aspects of hadith and fiqh (jurisprudence), attempting to relate the norms promoted in such texts to the world of artistic and quotidian practice. The final section of the book considers the reception of new modes of the image (such as monumental public statuary) and new imaging technologies (such as lithography and photography) in the Islamic world and its implications for both histories of the image and discourses of modernity.

Ad 2. This project addresses tensions between presentation (or "presentification") and representation, between originals and copies, doubles and substitutes as they relate to the materiality of devotional practice in the Islamic world. It engages questions of animacy, efficacy, and materiality, as well as more prosaic questions of circulation, transmission, and reception, topics that are of contemporary interest across a range of disciplines and fields. The aim is to explore three distinct but interrelated aspects of devotional practice, building toward a reevaluation of mimesis itself: copies of the Ka'ba, the focal shrine of Islam; the replication of certain relics of the Prophet as images; and associated practices of devotion that involve the ingestion of texts (logophagy) and images (iconophagy). The project aims to explore the materiality of devotion comparatively, considering similar objects and practices in Christianity and Judaism, for example, in relation to tensions between being, imitating, and becoming that all three phenomena engage in different ways.

European Moments in the Making of Islam's "Image Problem"

The image of Islam in the West has been consistently informed by the idea
that Islam fosters distinctive attitudes towards the image. Recent
controversies about Islam, aniconism and iconoclasm are typical in this
respect, often taking the idea of an Islamic Bilderverbot as a given.  Seen
from the perspective of the longue durée, however, the idea of an image
problem is only partly informed by knowledge or understanding of beliefs and
practices that are internal to Islam. Representations of Islam produced by
non-Muslims over more than a millennium have been no less important to the
perception, perhaps even creation, of an Islamic Bilderverbot. This persistent
idea should, therefore, be analyzed not only in light of the tenets of Islam, but
also as an aspect of European intellectual history. Doing so sheds light upon
the current reinvestment of the image as a site for the construction of
difference in debates about Islam, secularism and European identity.

Picasso the Muslim : or, how the Bilderverbot became modern (part 2)

Picasso the Muslim : or, how the Bilderverbot became modern (part 1)

A Turk in the Dukhang? Comparative perspectives on elite dressin medieval Ladakh and the Caucasus

Idol-breaking as image-making in the 'Islamic State' : Finbarr barry Flood and Jás Elsner

“God’s Wonder” : marble as medium and the natural image in mosques and modernism

Idea and idiom : knowledge as praxis in South Asian and Islamic architecture