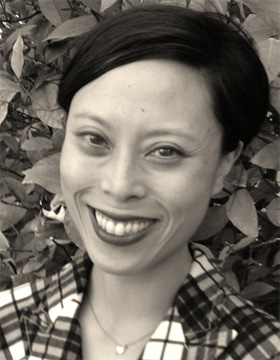 Born in 1971 in Washington D.C.
Studied English, Semiotics, History of Art, and Architecture at Brown University, Providence, and English and American Literature at Harvard University

Theory of the Gimmick

When we say that a work is gimmicky we mean we "see through it": that there is an undesirable transparency about how an aspect of it was produced and why. The gimmicky artwork thus confronts us with an object that would seem to undermine its own aesthetic or enigmatic power merely by drawing attention to the process by which its effects have been devised. Extending my last book's focus on the historical and philosophical significance of equivocal aesthetic categories such as that of the "interesting", this project explores the ambiguous mix of attraction and repulsion elicited by the gimmick across a range of forms: poetry, video installation, and a relatively prestigious genre we might not immediately associate with the idea of the gimmick at all - the novel of ideas.
My argument here is that the novel of ideas is better understood as a novel about the problem of the reification of ideas - a problem that only an acknowledgment of the genre's proneness to aesthetic badness enables us fully to see. The Enlightenment genre's exploration of the very problem of the separation and autonomization of "ideas" from social practices goes a long way toward explaining other aspects of the genre that have long seemed strange to me: that a genre invested in the intersection of art with rational debate relies with such surprising frequency on a fantastic or magical supplement; and that most novels of ideas tend to be comedies.
Aesthetic theory since Kant continues to be largely an aesthetics of reception rather than production; that is, a theory grounded in the point of view of a spectator regarding a finished product as opposed to that of a maker involved in the process of making. Philosophers who have raised objections to this contemplative bias in modern aesthetic theory have done so by deflecting attention from spectator to artist, but with the inadvertent effect of reinforcing the artist's romanticization as a Promethean individual. By contrast, the gimmick - the aesthetically ambiguous device or contrivance - allows us to continue rethinking the role of production by focusing on the collective practices that result in a set of historically available techniques. In the largest sense, my project is on the intersection of technique and enchantment in the art of capitalism from the industrial age to the present, focusing primarily on the United States.

Theory of the Gimmick

The gimmick is an aesthetic contrivance that repels us in a specific way, and also the judgment by which we express that repulsion. It refers to a fundamentally compromised aesthetic object: a mere device or tool incorporated in the production of more ambitious aesthetic effects that we somehow become distracted into perceiving as an aesthetic object in its own right. Here aesthetic autonomy, almost always a positive slogan in the philosophy of art and aesthetics, turns for once into an undesirable feature: when asserted unexpectedly and as it were, illicitly, on the part of a device refusing to dissolve neatly into the final product, as living and dead labor dissolve without a trace into our commodities.

What we significantly call the "cheapness" of the gimmick seems related to a more specific reason for why it irritates us: because what it does to achieve its effect seems at once too easy and also excessively laborious. Contradictorily, the gimmick strikes us as working too little (as reflected in our tendency to regard it as a labor-saving "dodge") but also as working too hard (as an overstrained effort at getting our attention). In both cases the aesthetic judgment implies a norm of social labor (something akin to Marxs concept of the "historical level of productivity"), which in turn mediates the gimmicks unusually direct relation to a judgment of economic worth ("cheap"). This sets the gimmick apart from all other judgments of aesthetic value, which do not wear ties to the economic world on their sleeves. Precisely as an equivocal aesthetic object encoding a specific relation to labor, the gimmick offers us an unusually rich place to think about capitalist aesthetics and the intertwining of technique and enchantment therein.

When we say that a literary work is gimmicky we mean we "see through it"; that there is an undesired transparency about how an aspect of it has been produced and why. The contrived or gimmicky artwork thus confronts us with an object that would seem to undermine its own illusory power simply by calling attention to the process by which its effects have been devised. We might therefore think of the literary gimmick as an inversion of the modernist "device" celebrated by Victor Shklovsky. While both are essentially aesthetic techniques that perform the reflexive action of "laying bare" how they are doing what they do, in one case this action gives rise to a negative judgment while it becomes a bearer of high aesthetic value in the other.

The gimmick thus draws production into the moment of aesthetic reception in a way that strangely irritates us - for why couldnt this be perceived as enhancing aesthetic pleasure? Extending my previous study of equivocal aesthetic experiences and judgments (such as that of the merely interesting), I take the mix of attraction and repulsion that the gimmick elicits seriously, exploring its implications in forms specific to capitalist culture spanning from the nineteenth century to the present. As we will see, these include a prestigious genre we might not associate with the gimmick at all: the so-called philosophical novel or "novel of ideas."

Our aesthetic categories : an interview with Sianne Ngai

The cuteness of the avant-garde

"Cute is the New Beautiful"

a portrait of Sianne Ngai by Hans-Joachim Neubauer