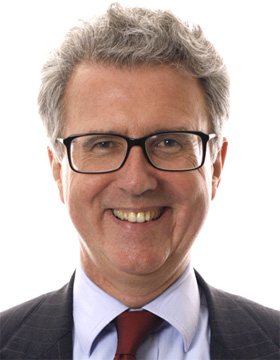 I shall examine the legal meaning of human rights, their significance in theory and in practice and the approaches taken by legal institutions designed to protect and advance them. The approach adopted will be "law-led" but informed by other disciplinary perspectives. My research builds on my extensive previous work and will develop an integrated theory of human rights law. An "integrated" theory will consider the phenomenon of human rights law from several differing legal and non-legal perspectives. My aim is to bring together and bridge these differing perspectives in a way that enables a description of human rights law to emerge that explains not just the legal rules and principles, but also their context. As a result, the rules and principles become more meaningful to non-legal actors. This approach also contributes to the translation of the rules and principles into practical action by those in the legal system. My hypothesis is that the most accurate account of human rights is pluralistic in its origins and practice, with a core of normativity that is powerful but minimal, permitting and encouraging the pluralism of practice that we see manifested.
In that context, I shall test the emerging theory by way of several case studies, one of which will re-consider the troubled relationship between power-sharing models of ethnic accommodation and the law and practice of human rights obligations examined in "Courts and Consociations: Human Rights versus Power-Sharing". I shall re-consider the implications of these power-sharing arrangements for broader debates about human rights in comparative constitutional law, international law and legal theory. In addition, the implications of this practice for the development of peace agreements and transitional justice, and the role of courts in these contexts, will be considered. Another case study will examine the relationship between emerging understandings of human rights and resurgent religion, considering in particular the extent to which understandings of the foundations of human rights in each of these contexts converge and diverge.

The meaning of 'human dignity' has become a critical issue of controversy in current human rights law and practice. It was, famously, included in the German Federal Republic's Grundgesetz in 1949, and is now recognized as foundational by the German Constitutional Court. It is a central pillar of constitutional rights in several other national legal systems (for example, those of Israel, South Africa, and Hungary). It has become increasingly central also to systems of international and regional human rights protection, being included as a foundational principle in nearly every international human rights convention since its inclusion in the United Nation's Universal Declaration of Human Rights in 1948.

The history of human dignity since 1945 is relatively well known but its emergence and role before 1945 is only now coming to light. In the last few years, historians have turned to investigate the developing discourse on 'dignity' before the Second World War, connecting its use in national political and religious contexts with its eventual inclusion in constitutional texts, and then its emergence in international law. There is much at stake in this historical work because, justifiably or not, unearthing these earlier uses is seen as helping us to understand the meaning and functions of dignity in the later legal uses; the source of the concept, for example, is seen as relevant to its current legitimacy.

The inclusion of 'dignity' in the Preamble to the Irish Constitution of 1937, conceived and brought to birth by Éamon de Valera (1882-1975), the then Prime Minister and, later, President of Ireland, has been identified as a key moment in the adoption of dignity in European constitutional texts more generally, because it is one of the first times that the concept appears prominently in a modern European constitution. The concept was clearly influenced by its use in the 1919 Weimar Constitution and by a mistranslation of the Polish Constitution, as well by a series of Papal Encyclicals dating back to the end of the 19th Century.

Controversy has dogged this use of the concept since its inception. On the one hand, its inclusion in the Preamble was first proposed by John Charles McQuaid (later to become a highly traditionalist Catholic Archbishop of Dublin), and has been seen as substantially based in Personalist Catholic social doctrine, and intended to encapsulate a backward-looking, conservative, nationalist, and anti-modernist agenda. Seen in this light, it is hostile to current, mainstream understandings of human rights. On the other hand, it can be seen as intimately related to the protection of personal rights that provide limits to the power of government and the state, with the use of dignity in the Preamble providing one important link in the causal chain connecting the Weimar Constitutions progressive use of dignity to the emergence of modern constitutional rights, and the subsequent development of international human rights. Seen in this light, it is one of the first progressive uses of dignity.

In this (heated) debate between the two understandings, one critical resource has so far been neglected. Drafting what became the Irish Constitution required working simultaneously in both the English and the Irish languages, with the Irish language version having priority in cases of dispute. My recent archival work in Dublin has pieced together the Preambles parallel English language and Irish language drafting processes, which occurred, in secret, in a few intense weeks during the first months of 1937. The English language drafts provide relatively little insight into what was intended by the use of dignity in the Preamble, but the need to translate the term into Irish, and to choose an Irish word that would convey the appropriate meaning (and, as importantly, not convey the wrong meaning), appears to have forced an intense debate on what was intended by the term in the English language version.

I have been working with one of the preeminent Irish language scholars (Professor Gregory Toner of Queens University Belfast, and the editor of the Royal Irish Academys Dictionary of the Irish Language) on a study of these drafts, and their implications. In my colloquium, I shall explore the vexed and controversial question of the substantive meaning of dignity that de Valera sought to instantiate, and (more generally) how the process of translating dignity may enable us to see more clearly the depths of the drafters (and our) disagreements about a fundamental concept.

Litigating religions : an essay on human rights, courts, and beliefs

What does it mean to compare, and what should it mean?

The dark side od nudging : the ethics, political economy, and law of libertarian paternalism

Northern Ireland and Brexit: A Guide for the Perplexed Negotiator