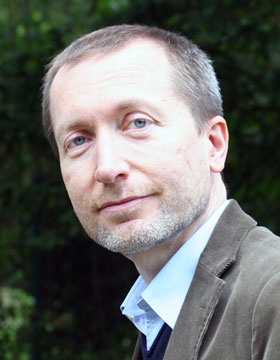 Writing the history of literature presupposes the prior establishment of a corpus whose greater or lesser extension is itself determined by an implicit valuation of the works it includes, with a perverse return effect: the corpus under consideration eventually strengthens the unformulated aesthetic criteria that were used to define it. Therefore, it is always an epistemological necessity to deconstruct the corpuses that are at our disposal.
I propose to do this with Greek tragedy. It is well known that only 32 complete plays have survived out of the hundreds or thousands written by all the dramatists. In a previous book, I have already shown that the school canon of the second century CE, which transmitted to us most of those plays, was the product of an aesthetic and ideological bias. I intend to develop and strengthen that argument by studying, in particular, all the tragic fragments we still have, with the hope that this investigation will give us a better understanding of the way our current corpus of tragedies was defined.
The problem of corpuses is aggravated by the fact that for centuries the very idea of literature never stopped evolving and transforming. Another part of my work at the Wissenschaftskolleg will be dedicated to delineating that evolution by focusing on the discourses against literature. Since Plato, what we now call literature was the subject of countless attacks by thinkers and philosophers, from pagan to Christian Antiquity, from the Middle Ages to the Renaissance, from modern to contemporary times: its value, its virtue, its usefulness were questioned; its harmfulness demonstrated. I intend to use those arguments to outline a finer historicization of the concept of literature and of the ideological context within which literary activity takes place.

What is Literature? What was Greek Tragedy?

What is literature? One would usually define it today as including fiction, poetry, theatre, and perhaps essays too. Is there a common feature between those four elements? The two traditional answers to that question are that literature is used to give reading pleasure, and that it attaches a specific importance to the way it is written or formulated. However, for many reasons, those two answers appear quite problematic and mostly unconvincing.

Actually, literature is just what we call literature, i.e. a matter of convention. If on a conceptual level its definition is so weak, compared to other arts that aim to produce linguistic objects (philosophy, history, sciences, etc.), it is because during its whole history literature was defined from the outside, by discourses that entered into competition with it and knew better how to mark their own territories. In witness of that struggle there is a whole range of attacks against literature since Plato till today, questioning the value of literature, its virtue, its usefulness, demonstrating how harmful it is, and providing actually a negative description of the literature of their time. Such discourses allow paradoxically a better understanding of this same literature they want to attack, and of the ideological context within which the literary activity takes place.

What was Greek tragedy? The history of Greek tragedy is no less problematic and contingent than the history of literature. Everyone believes to know what a Greek tragedy is: a Greek play with a "tragic" ending, where the hero is crushed by destiny. The problem is that not all the tragedies we know correspond to that definition: there is in particular a whole bunch of tragedies with happy endings, many of them by Euripides, who usually appears for this reason as the least "tragic" among the three great tragic playwrights.

However, the fact that we know so many happy-ended tragedies by Euripides is just an artefact of the transmission of Euripides tragedies. Unlike Aeschylus and Sophocles, Euripides corpus mixes actually two heterogeneous families of plays: the ones were selected for academic and school purposes around the 3rd century CE, the others were transmitted to us in a purely random way. A comparison between those two groups leads to stunning discoveries. If we had only the plays of the first group, as it is the case with Aeschylus and Sophocles, Euripides would appear as much more "tragic" than the two other playwrights. As a result, the frequency of "tragic" endings turns out to be just a by-product of the school canon of the 2nd century, which was possibly influenced by Stoic philosophy. One cannot even exclude the possibility that, paradoxically enough, a large number of Greek tragedies, if not the vast majority, had a happy ending.