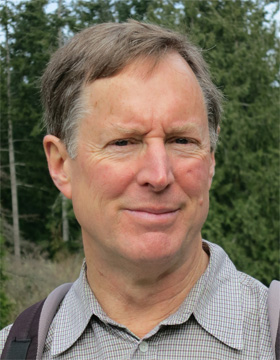 The Data of Insanity: Asylum Statistics and the Investigation of Human Heredity since 1789

We usually understand the rise of genetics in terms of laboratory technologies for the manipulation of genes or DNA. But genetics has always had an important statistical aspect, all the more so in the genomic era. New social and medical institutions became the laboratories for the data-based science of human heredity. I look above all at insane asylums, which, in the era of the new "moral treatment" around 1800, began an epic expansion that continued until the 1950s. Partly in consequence of their status (often) as state institutions, but reflecting also their increasingly unmanageable scale, these institutions participated actively in the statistical avalanche of the early 19th century. Heredity figured in asylum records and reports from the beginning, and as alienists progressively lost hope in the prospect of cures for their teeming patients, they became all the more interested in finding eugenic solutions. Their work to construct comprehensive databases of heredity using new technologies of record keeping, to standardize disease categories as well as other patient characteristics, and to cultivate more powerful methods of statistical analysis and more effective forms of representation provides a new perspective on the history of human genetics.

Insane Heredity: Statistics and Genetics in the Asylum

The potted history of genetics is well known. We have Gregor Mendels experiments on peas, "rediscovered" in 1900, then Drosophila mutations in the famous Fly Lab, Watson and Cricks double helix, and then the decoding of the human genome. It culminates in genetics as a mostly medical science of big data, bio-informatics. There is a dim notion that this golden history may be linked to a darker, eugenic one. But eugenics has its own origin story, starting with Darwins cousin Francis Galton, who invented it as an offshoot of evolution by natural selection. After 1900, eugenics became popular and spread to social and medical institutions such as insane asylums, culminating in the horrors of Nazism. Something so evil, the textbooks teach, could not have been real science.

This preferred history is situated in a distinctively scientific institution, the laboratory, and advances from simple outdoor experiments to big equipment that gave access to the hidden world of genes. I take up the topic from a new perspective, that of the data practices at medical institutions. The idea of inherited mental disease was already a commonplace in 1800. The "birth of the asylum" provided places where it could be studied, first by tabulating patient characteristics, and then, increasingly, by compiling data on their relatives. The asylums, as proto-welfare institutions, brought together individuals with characteristics of hereditary interest. They promised not just individual cures, but a victory of public health over mental illness. Their spectacular medical failure to relieve the social problem of insanity - which instead expanded relentlessly - turned the inheritance of insanity into an urgent scientific question.

My talk begins by showing how recordkeeping on human heredity grew up in the asylums of Europe and North America. Even Francis Galtons inspiration may have come as much from asylum statistics as from the theory of evolution. We will then look at various efforts to standardize classifications and to break down the barriers to sharing of data across institutions. This side of the story gives us, in place of quiet garden experiments, a bureaucratic-scientific utopia of great data centers drawing knowledge much less from walled-off laboratories than from routinized data collection in schools, universities, prisons, hospitals, armies, and insurance companies as well as asylums. The methods of psychiatric statistics shaped to a considerable degree the postwar field of medical genetics, whose data are with us always.

Genetics in the madhouse : the unknown history of human heredity

Karl Pearson : the scientific life in a statistical age

Trust in numbers : the pursuit of objectivity in science and public life

Asylums of hereditary research in the efficient modern state

Genetics in the Madhouse: The Unknown History of Human Heredity
Princeton University Press more publications in the Fellows' Library