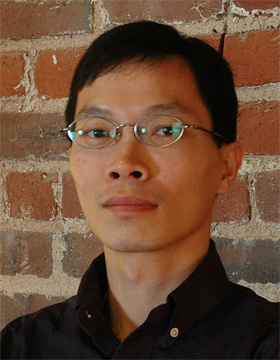 This research project uses the transformation of the Qing Empire (1644-1912) in its final decades to rethink the pressing questions of modern empire and contemporary Chinese nationalism. Empirically, this project seeks to unearth and analyze the neglected and still poorly understood historical materials associated with the late Qing's frontier management and state transformation. These materials include: a) the Qing's rapidly changing frontier policies, as well as technologies of territorial and population management; b) the new frontier infrastructures such as mines, railway, banks, and agricultural programs that were being proposed or under development; c) the emerging discourse shared by many Qing bureaucrats and frontier commanders on the necessity of remaking the Qing into a modern empire with centralized power for the new global order. Conceptually, by using these understudied materials to highlight the late Qing's empire-building efforts, this project complicates our conventional understanding of modern colonialism and imperialism, which tends to see European empire as the norm and Japan - supposedly Asia's only modern empire - as nothing but a mimic of the former. On the contrary, this study argues that there was a pattern of modern colonial projects in Asia that was informed by the West but also shaped by indigenous sources, history, and regional rivalries. As well, this project further examines the complex phenomenon of Qing nostalgia in contemporary China.

Lam, Tong. A Passion for Facts: Social Surveys and the Construction of the Chinese Nation State, 1900-1949. Berkeley: University of California Press, 2011.

Governing with Facts and Numbers

Over the past three-and-a-half decades, Shenzhen has evolved from a fishing village into a metropolis and a "Special Economic Zone" (SEZ) with a population of over 10 million. Although the southern Chinese city is still little known outside of the country, it is one of the major manufacturing bases that have turned China into the so-called "manufacturer of the world." How do we make sense of Shenzhens staggering growth and expansion in the post-socialist era?

Instead of considering Chinas high-speed growth in the past three decades as a reverse course of the socialist revolution of the earlier decades, this talk will highlight the continuity between the socialist and post-socialist periods, and explain how a specific kind of empirical reasoning, as expressed in the axiom "seeking truth from facts," has contributed to some of Chinas major social and economic experiments, including the development and proliferation of SEZs such as Shenzhen. Specifically, this talk will give a brief history of empirical and numerical practices in China since the turn of the twentieth century. From the first national census in the 1900s to the assessment of "human quality" (suzhi) in recent years, quantification has played a vital role in the counting, measurement, and transformation of the human body and mind. It facilitates the state to produce productive citizens and docile workers, and also enables individuals and groups to govern themselves. Likewise, quantification has also helped to create and sustain national borders, as well as to measure national progress.

Ultimately, this talk will explain how social facts and numbers do not simply describe social realities but also prescribe and construct them. In so doing, I hope to shed light on how China can be seen as a social laboratory in which the idea of "seeking truth from facts" has been an important paradigm of governance.

The people's algorithms : social credits and the rise of China's big (br)other

Science of giants : China and India in the twentieth century BJHS Themes ; 1

Abandoned futures : a journey to the posthuman world

A passion for facts : social surveys and the construction of the Chinese nation state, 1900 - 1949 Asia Pacific modern ; 9

The Social Life of Ruins