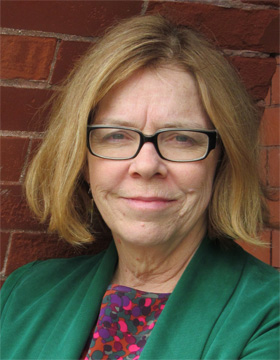 Born in 1955 in St. Paul, Minnesota
Studied Sociology at the University of Chicago

Commensurate Worlds: How We Do Things with Numbers

During my fellowship year I will work on my book, Commensurate Worlds: How We Do Things with Numbers, and several related articles that investigate quantification as a powerful social process. Commensuration involves processes of turning qualities into quantities that share a metric. It is a technology of integration that expresses difference as magnitude, as a matter of more-or-less rather than of kind, and that creates precise ordinal relationships among even the most disparate things.
Our world is saturated with commensuration. Prices seem natural and we routinely measure everything from the amount of television we watch to the distance between galaxies. We commensurate to demonstrate our objectivity, express values, simplify decisions, and make us rational. Commensuration makes a messy world seem easier to control. It bolsters our courage to act. Commensuration is so ordinary that we hardly notice how much social life it organizes, how much work it requires, or just how radical it is. My research recovers these features of commensuration through an analysis of four cases selected for their variation.
My first case investigates how commensuration creates new objects. The 1990 Clean Air Act introduced market-based approaches to regulation in the US by transforming air pollution from a harmful externality to a commodity traded on open markets. The new objects created - allowances to emit sulfur dioxide, a component of acid rain - required commensuration that was cognitive and technical. A second case examines how commensuration creates new kinds of people. Alfred Kinsey's measures of homosexual behavior encouraged some to understand homosexuals as a minority group and diffused "10 %" as a conventional, deeply politicized estimate of the proportion of homosexuals. My third case considers the emergence and spread of double-entry bookkeeping [DEB] in late 14th-century Europe. DEB was a stunning technical advance that helped form the conceptual infrastructure of modern capitalism. My final case addresses the aesthetic qualities of quantification in social science. Whether a graceful equation or a lovely graph, those who make and use numerical pictures want them to be elegant as well as accurate. Together these cases demonstrate numbers constitutive power: to create new objects, people, epistemic cultures, and artistic values.

Fear of Falling: How U.S. News Rankings Changed Education in America and Elsewhere

Can excellence be measured? What happens when we try? And how did a lousy measure created by a lousy magazine come to have such pronounced effects on education in the U.S. and around the world?

These are questions that animate many conversations among scholars and administrators. Education is not alone in this, of course. What and how to measure is a pressing, even foundational, issue in many fields, including science, social science and management. We use measures to accomplish some of our most cherished values and goals. We count votes to practice democracy, use polls to know public opinion, create cost-benefit ratios to assess efficiencies, and administer standardized tests to track progress or establish merit. Measurement simplifies decisions, integrates disparate entities and peoples, and helps us discover patterns.

But numbers are often more intrusive and subversive than we give them credit for. Measuring can be a creative, radical practice, one that disrupts its targets and makes ethical demands. Measuring depends on standardized categories with boundaries that are secure enough to distinguish instances of something. Done on a large scale, measurement demands discipline and coordination, and absorbs enormous resources. It requires skill, ingenuity and authority to make credible numbers. And once made, numbers can be hard to control. Partly because they are so abstract and because of their associations with rationality, scientific expertise, and objectivity, numbers go places we never intended, are put to use in ways we never imagined. Especially in social life, the act of measuring can change or even produces the objects that it tries to measure.

My talk, based on work done jointly with Michael Sauder, a sociologist at the University of Iowa, examines the creation and the effects of a newly powerful form of quantification: the ranking of universities that were produced, initially, for audiences outside of universities. The rankings we have analyzed most intensively are those created by U.S. News and World Reports, a news magazine, starting in 1981. These rankings, in turn, because of their visibility and success, spawned a global industry in ranking universities, programs and even individual scholars. The location we examined in the most detail is American law schools. We have found that rankings have had cascading consequences in education, many of which are unintended and controversial. Rankings produce pressure on administrators and faculty to maximize the indicators that comprise rankings by: changing how scarce resources are distributed; altering the opportunity structures that education confers by changing how admission and employment decisions are made; constraining professional discretion in defining the educational missions of schools and the terms of accountability and excellence; and extending and reinforcing the logic of markets to education, such that education is understood as an investment, students are customers, and schools are competitors in status and funding. The effects of rankings vary, by field, educational system, particular ranking, and nation. But as rankings proliferated so, too, have the variety and intensity of their effects. Explaining this process is useful for helping to understand the authority of numbers more generally.

What’s new with numbers? Sociological approaches to the study of quantification

A sociology of quantification

The struggle for water : politics, rationality, and identity in the American Southwest Language and legal discourse

What's New with Numbers? Sociological Approaches to the Study of Quantification
Annual Reviews Inc. more publications in the Fellows' Library