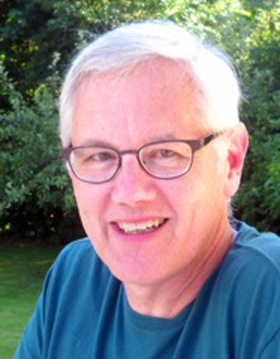 Born in 1954 in Bryn Mawr, Pennsylvania
Studied Philosophy at Harvard University and History at Princeton University

Medical Jurisprudence and Unsoundness of Mind in Anglo-American Common Law

My research project investigates how the Anglo-American legal and medical communities constituted and contested the concept of "unsoundness of mind" (non compos mentis) during the 18th and 19th centuries. During the first decades of the 19th century, an extraordinary transformation took place in Anglo-American adjudications around the issue of mental competency. Challenging strict common law standards that minimized occasions when an actor's ability to make a will, enter into a contract, get married, or the like could be placed in question, physicians and jurists sought, often successfully, to introduce more capacious understandings of impairments that might render an individual unable to manage his or her affairs. For all the similarity in goals, however, the relations between doctors and lawyers - and more broadly between medicine and the law - were anything but easy, as each profession jealously guarded its own prerogatives and proved suspicious of expertise drawn from other quarters. At the same time, the practical necessities involved in remaking notions of and practices around mental deficit, diminished responsibility, weakness of mind, and a host of other conditions loosely categorized in the law as "unsoundness of mind" often encouraged each community to cooperate as well as spar with the other. My goal in this project is to use the newly emerging quasi-subdiscipline of medical jurisprudence to examine this tangle of contradictory tendencies and motives by analyzing the very different languages of mental impairment and personal agency that evolved within the legal and medical worlds during the late 18th and the 19th centuries. Central to my investigation is concern with the ways and degree to which quantification served as a means to establish demarcations between the normal and those deemed "unsound of mind".

Who is unsound of mind? (And, really, as we might ask nowadays, who isn't?) Who should be deemed sufficiently responsible to make a will, enter into a contract, get married, and the like, and who should not? Questions such as these have, for a very long time, been important not only in Anglo-American law, but in branches of medicine as well. In some ways they have been, and are, fundamental in helping to shape the bounds of citizenship and liberty, the ways in which individuals could and can engage in some of the most basic civil activities.

Before the late eighteenth century, the presumption in both law and medicine was that the kinds of mental impairments that really mattered were few in number and generally severe in scope. Terms such as "idiot" and "lunatic," each rather strictly and narrowly defined, constituted virtually the whole of the accepted vocabulary for mental infirmity in both law and medicine. During the late eighteenth and early nineteenth centuries, however, an important transformation took place, visible in Anglo-American civil adjudications concerning the issue of mental competency. Physicians and jurists began to challenge, often quite successfully, strict common law standards minimizing occasions where an actors ability to make a will, enter into a contract, get married, be subject to a commission of lunacy, or the like could be placed in question. Through imaginative use of precedents, explicit declarations that the law could no longer ignore relief for less severe conditions, and the production of new nosologies (taxonomies) of idiocy and insanity that delineated a plethora of mental pathologies, practitioners in both fields remade the landscape of mental impairment, if less and less in terms that the other fully understood or sanctioned.

In this talk I want to probe this transformation in the law and to examine the place of mental science, among other factors, in contributing to it. While physicians themselves often were rather disastrous witnesses in the courtroom, the treatises on medical jurisprudence that a number of them produced proved to be important sources of authority for the judges seeking to remake the law of mental impairment. I will focus in particular on one of the landmark cases that helped to codify, at least for a time, a more capacious view of the kinds of impairments that might render someone "unsound of mind." With it, I will try to tease out the ways in which medical science, working in conjunction with new cultural conceptions of (paternal) authority and the social transformations wrought by the expansion of market/manufacturing capitalism, helped create the conditions for the changes the law was undergoing. However, by introducing another, rather similar case, at the end of my talk, I will try to illustrate just how many different ways this transformation can be read and to underscore the multi-faceted uses to which mental science could be turned and interpretations it could sustain.

‘Every expression is watched’ : mind, medical expertise and display in the nineteenth-century English courtroom

The measure of merit : talents, intelligence, and inequality in the French and American republics, 1750-1940

Minding matter/mattering mind : knowledge and the subject in nineteenth-century psychology