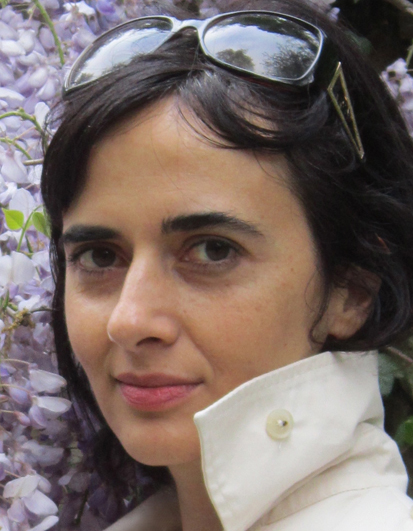 A New Antiquity: Literatures of Art and Iberian Expansion, 1400-1600

At the Wissenschaftkolleg I will work on a new book project tentatively entitled A New Antiquity. Literatures of Art and Iberian Expansion (1400-1600). During the Iberian expansion in America, Africa, Asia and Europe, between the 15th and 17th centuries, the discourses on the aesthetic sphere faced a double movement: they become more and more shaped in terms of Ancient and Renaissance categories (such as Proportion, Imitation, Antiquity, Idolatry, etc.), and yet profoundly renewed after the encounter with new ways of theorizing about the artistic practices. We can trace this double movement in the numerous texts written by missionaries, conquistadors, and functionaries of the Iberian crowns of Portugal and Spain, but also by a variety of other authors, such as traders, soldiers, naturalists, or missionaries from other countries who traveled to these parts of the world, and even by artists, ambassadors, and collectors who wrote thoughtful testimonies in their diaries, treaties, or inventories. Based on a substantial corpus of sources, I will study the origin and transformation of these multiple aesthetic discourses and categories in Early Modernity as an unpredictable result of the expansion projects of Portugal and Spain. The broader challenge of this book project is to construct and analyze this corpus as a new Kunstliteratur, remained completely outside the Schlosserian canon and yet in lively dialogue with it.

Territories of the Renaissance: Artistic Theory and Geopolitical Transformations

In the mid-sixteenth century, and more precisely between 1548 and 1568, three major artistic treatises were written whose central narrative was the "Renaissance" or rebirth (rinascita) of the arts after the oblivion into which they fell after the collapse of the Roman Empire.

Around 1548 the Portuguese artist Francisco de Holanda composed, in Portuguese, his "Da Pintura Antiga" (On Ancient Painting), dedicated to Joao III, the King of Portugal and ruler over the country's vast possessions in the Americas, in Africa and in Asia. In 1550 the Italian painter and architect Giorgio Vasari published "Le Vite dei più eccellenti architetti, pittori e scultori italiani" (Lives of the most eminent Italian architects, painters and sculptors), written in Tuscan and dedicated to the Duke Cosimo I de Medici; a second edition of Le Vite would be printed in 1568, dedicated this time to Cosimo as Duke of Florence and the recently conquered Siena. And between 1560 and 1563 the collector and humanist Felipe de Guevara completed, in Spanish, his "Comentarios de la Pintura" (Commentaries on Painting), dedicated to the recently appointed King of Spain, the young Philip II, who would soon become the Catholic monarch of "the four parts of the world."

A comparative analysis of these three treatises shows us what Holanda, Vasari, and Guevara perceived as the "territories" of the artistic rebirth, the territories of the Renaissance. In spite of being a term more anchored in time than in space, all three authors boldly underscore the Renaissance's geographical dimension - and more precisely its geopolitical dimension - situating the locus or rather the loci of the artistic rebirth in the context of the contemporaneous political interests of Joao III, Cosimo I de Medici, and Felipe II. But in Guevara and Holanda the artistic treatise also serves as an occasion for entering into a critical relationship with the respective ruler's political agenda, creating yet another locus, namely the artistic territory tout court, which the monarch or governor cannot completely conquer but which he needs to keep desiring. This artistic territory is in fact what might limit the violence of the conquest. Peppering the pages of "Da Pintura Antiga" and the "Comentarios de la Pintura" are several critical references to the expansion projects of the crowns of Portugal and Spain and to the magnificent artworks to be found around the globe and to be salvaged from the destruction of the conquest - precisely because from them can unexpectedly originate the artistic Renaissance of Portugal and Spain.

Reading these three texts together allows us to identify the presence in the sixteenth century of two competing modernities: a proto-national art historiography based on the idea of a "country's" excellence in the arts; and, in the same years, a discourse on the need for any monarch or governor to promote, protect and collect objects and artists from abroad. It is through these three texts that we can also track and interrogate the formation of the canon in art history. If Vasaris art history will become hegemonic, Holanda and Guevaras treatises will be ignored for centuries. Why?

Beyond the particular case-studies presented in the colloquium, this talk also aims to foster both a deeper methodological and a broader political reflection. The global dimension resonating in these treatises urges us to rethink Europe and to address a question of actuality: rather than the problem of a monolithic "Eurocentrism," the long-lasting shaping of several and increasingly polarized "Europes".

An artistic humanity : New positions on art and freedom in the context of Iberian expansion, 1500–1600

De Tlacuilolli : Renaissance artistic theory in the wake of the global turn

Cortés’s objects and the idea of New Spain : inventories as spatial narratives

A tale of two bodies : on aesthetic condensation in the Mexican colonial graffiti of Actopan, 1629

Territories of the Renaissance: Artistic Theory and Geopolitical Transformations