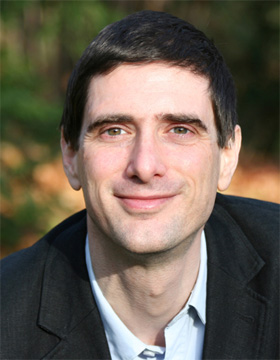 Born in 1975 in Haifa, Israel
Studied European History at Tel Aviv University and at the University of Oxford

Ad 1. This project re-assesses the field that eighteenth-century authors explicitly defined as anthropology. Against the usual tendency to see this genre as consisting in the study of distant cultures, I shall argue that what contemporaries actually called "anthropology" was a unique set of physiological-psychological investigations. Rather than comparing different human groups across the globe, self-styled anthropologists were much more interested in the cognitive instincts and capacities of the deaf and the mute, feral children, higher primates and even spiders and bees. The focus will be mainly on French, Scottish and German authors. The project will start with works published in the last decade of the seventeenth century and end in the 1790s.

Ad 2. There is currently no modern English edition of the philosophical works of Frederick the Great. The fullest edition was printed in 1789 (translated by Thomas Holcroft); since then only extracts have been published alongside one modern (out-of-print) translation of the Anti-Machiavel. This project aims to expose Anglophone students and teachers of history, philosophy, political science, and literature to the multifaceted character of Frederick's literary output. Beyond essays on politics and military affairs, this volume will include some of Frederick's works on metaphysics, ethics, the history of philosophy and historiography.

Recommended Reading
Lifschitz, Avi. Language and Enlightenment: The Berlin Debates of the Eighteenth Century. Oxford: Oxford University Press, 2012.
Leddy, Neven and Avi Lifschitz, eds. Epicurus in the Enlightenment. Oxford: Voltaire Foundation, 2009.
Lifschitz, Avi. "Language as a means and an obstacle to freedom: The case of Moses Mendelssohn." In Freedom and the Construction of Europe, edited by Quentin Skinner and Martin van Gelderen, 2 vols. Cambridge: Cambridge University Press, 2013.
Lifschitz, Avi. "The Arbitrariness of the Linguistic Sign: Variations on an Enlightenment Theme." Journal of the History of Ideas 73.4 (2012): 537-557.

On Complete and Imperfect Human Beings: Between Enlightenment Anthropology and Political Theory

Reflecting in 1748 on the methods that might enable an ape to speak a human language, Julien Offray de La Mettrie suggested that such a speaking ape " would no longer be a wild man, nor an imperfect man, but a perfect man, a little man of the town, with as much substance or muscle for thinking and taking advantage of his education as we have." La Mettrie concluded this meditation by declaring that "from animals to man there is no abrupt transition, as true philosophers will agree." While undermining the traditional Christian view of mans unique place in the universe due to his creation in the image of God, this short passage highlights one of the key points of my current project: the exploration of the as yet unclear links between eighteenth-century anthropology and political theory, especially via the distinction between complete (perfect) and incomplete (imperfect) human beings.

Scholarship on Enlightenment anthropology has concentrated on the eighteenth-century study of distant cultures. My project, by contrast, focuses on another sense in which Enlightenment authors used the term: as a complex set of physiological-psychological investigations into human nature. Rather than comparing various human groups across the globe, self-styled anthropologists were usually more interested in the cognitive instincts and capacities of deaf-mutes, feral children and higher primates. Their focus on innate and acquired capacities may provide a link between eighteenth-century anthropological discussions on the one hand, and political and theological discourses on the other. In all these domains, the increasingly blurred boundary between man and animal led contemporaries to resort to the notion of complete and imperfect human beings.

La Mettries distinction between perfect and imperfect man was, therefore, not merely an idiosyncratic dichotomy made by a particularly radical thinker. Underlying this distinction, from La Mettries works of the 1740s to Mendelssohns in the 1780s, was the idea that human beings do not necessarily deserve any inalienable rights only by virtue of being born human: one had to activate some latent capacities and act in certain ways in order to deserve enforceable (complete or perfect) rights as a human being.

Adrastus versus Diogenes : Frederick the Great and Jean-Jacques Rousseau on self-love

Engaging with Rousseau : reaction and interpretation from the eighteenth century to the present

The arbitrariness of the linguistic sign : variations on an Enlightenment theme

Language and Enlightenment : the Berlin debates of the eighteenth century Language & enlightenment

Engaging with Rousseau : Reaction and Interpretation from the Eighteenth Century to the Present
Cambridge University Press more publications in the Fellows' Library

On Complete and Imperfect Human Beings

Between the Wild Child and the Speaking Ape: Emotions and Cognition in Enlightenment Debates on the Boundaries of Humanity