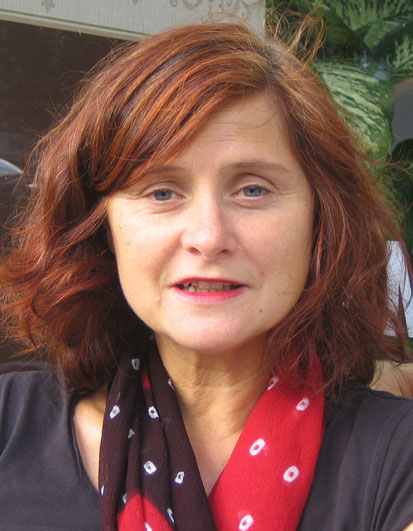 For a Historical and Material Anthropology of Parliaments: the Private Life of the French National Assembly

My proposal is to consider the actual constitution of a unique instance: the Assembly, the National Representation. It aims to provide a different insight into how democracy in the late 18th and the 19th century was defined, that is, as a space of representation and deliberation, laying claim not only to represent the People, but to be the People.
As shown by the French example, the space of the Parliament must be successively detached from the King, must fear the Emperor and, when the Republic is re-established, must not be confused with the government. It should be stressed that Parliament does not consider itself an inclusive part of the State or the state administration, but like something that is definitely elsewhere. It is apart, it is above, it makes law, it is the law. It is thus an idea, an ideal, a good, a grandeur, something that transcends (that must transcend) the contingent context that makes it possible. Beyond the stage, a theatre-like venue where the people's representatives debate, the Assemblée means more in terms of material, social and gender arrangements in order to be, to embody or to re-embody an ideal that is identified as one of the most precious assets of the democratic order.
My proposal would thus be to account for the above enabling arrangements. This requires an account of ordinary labour, of minor issues that need to be solved, of material and administrative activities that need to be carried out. How is such a singular institution concretely established? How can its existence be stabilized in contexts of political turmoil, made of revolutions and counter-revolutions, successive and often contradictory political regimes? A study of the administrative archives of the French Assemblée Nationale, mostly unknown to historians, enables me to shed light on many aspects and raise questions contributing to further discussion in history, sociology and political theory.

The Social and Physical Spaces of Democracy: The National Assembly as Heterotopia

What is required for installing and bringing to life a free, deliberative, representative and sovereign assembly? In the French case a century is required for the successful establishment of parliamentarianism, for translating the revolutionary gesture - the ideals and principles of representative government and popular sovereignty - into a series of routinized procedures and activities, into a long-lasting and sustainable institution. How does one go from the event to the institution, from the exception to the norm? This question can be answered in a number of ways, since it can be approached from a variety of perspectives.

I have chosen to approach it from the standpoint of the concrete logic of the administration of the National Assembly. Far removed from the disembodied visions of certain philosophical traditions and those of political theory, I wish to give an account of the embodied dimensions - material, social, legal, technical - by which the Assembly takes its form and ultimately persists. Following the logic of the various actors and the meaning they attach to their activities, I am examining the social, material and gender prerequisites for implementing and bringing to life an institution as abstract as that of a representative, deliberative and sovereign chamber.

How does the institution take shape? Not only what entities but what rules and behavior are necessary for inventing and bringing to life a "disembodied institution"? What are the physical and material conditions of this representation? Furthermore, how does one maintain a neutral territory, insulated and sovereign, capable of surviving both the hazards arising from the street and undue executive influence? How does one bring to life this other space (as distinct from the State), this unprecedented place, this -"counter-site"? In the long term (from the start of the nineteenth century to the 1940s) the Assembly was like a living albeit fragile organism enabled by a whole cast of characters who defined and maintained it and helped it survive. My analysis of practical and material aspects of the ordinary functioning of different assemblies shows an oft-reconstructed and ongoing institution whose personnel as well as its formal framework and material environment contribute to defining the conditions allowing for political autonomy.

By plunging into the intimate environs of the Assembly I am neither intent on the private sphere as such nor the exceptional but rather the regularities, the reiterated meanings, the enduring inflections. In focusing on the Assemblys underpinnings and machinery, I am suggesting that materiality matters and that it plays an active role in defining politics. So as to live as a "neutral," "universal" and "abstract" entity, the national Assembly - in its republican and French form of democracy - is based on a territory, on a movable and immovable space, on personnel, on arrangements, on organization, on texts, on regulations. This mise en forme and the modalities of its reiteration serve to coordinate principles (with the essential role of law and codifications) and activities (with the essential role of the administration, technologies and personnel).

Admittedly, one of the challenges of this investigation is to abolish those distinctions in describing the range and texture (or the historical depth and anthropological thickness) of contemporary Western democratic institutions. This is more specifically achieved by taking a renewed look at the ceremonials and rites still thriving in these institutions. In making a contribution to the "symmetrical anthropology" of contemporary Western democracies, my analysis attempts to make visible that which has formed and still sometimes does form a "coalition" in terms of the arrangement of principles and materials (and thus in social terms and with respect to gender) in current democratic institutions and thereby widening the spectrum of what can and should be undertaken so as to transform them.

The reading of an oeuvre. Donna Haraway : The poetics and the politics of life