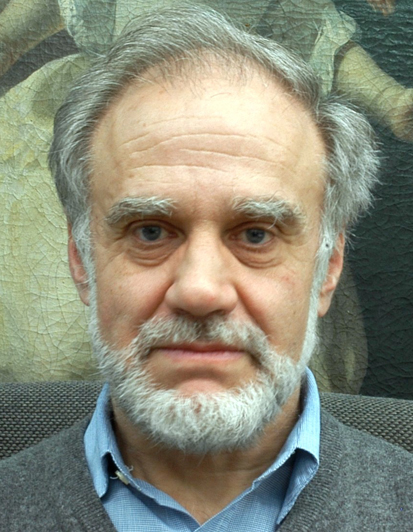 Massacres: the Meaning of Their Historical and Aesthetic Representations

My project proposes to finish an on-going piece of long-term research, carried out with my colleague Nicolás Kwiatkowski, regarding the representation of massacres in history. Examples from Classical Antiquity, Early Modern Europe and the Late Modern World have been surveyed. The inquiry has enabled us to identify, so far, three main recurring formulae used to represent massacres:
1) A cynegetic representational form, invented in Ancient Greece, that has been used sometimes to portray the behaviour and character of the victims and some other times those of the perpetrators.
2) The formula of collective martyrdom appeared during the Middle Ages in Western Europe, a theme that has been adopted since Early Modern times to narrate real massacres as well.
3) An infernal metaphor that has been mobilized, in some cases to identify victims with demons, in others to describe the experience of the massacre as "infernal". The use of this formula began in the sixteenth century, but it soon became one of the most powerful themes for the representation of mass killings, especially in the nineteenth and twentieth centuries.
The Warburgian notion of Pathosformel has been one of our major theoretical groundings in describing the uses and transformations of the aforementioned formulae. From the times of the Shoah and other contemporary genocides, it is also evident that these potential Pathosformeln reached their limits and were deemed useless. In this respect, we found that depictions of recent massacres and massive killings used the multiplication of silhouettes as a new formal device. Are we consequently midwifing the birth of a new Pathosformel that will increase our understanding and capacity to represent the overwhelming traumas implied by the massacres of our age? If that is the case, better knowledge of the facts could be a keystone for the attainment of the yearned Nunca más.

"How these things came about": Representing Massacre and Genocide

In our modern day it is with overwhelming frequency that the very core of what we consider human is being violated by acts of massacre - the catastrophic killing of human beings or entire communities. After events of this kind have taken place - going back as far as the killing of the Athenians in Aegina, as related by Herodotus, to the ongoing genocide in Darfur - there are attempts to justify, condemn, explain, narrate and represent them.
Massacres were hardly unknown to classical antiquity - the destruction of Melos by the Athenians in 416 B.C., as narrated by Thucydides; the killings of the Second Triumvirate in 43 B.C., as related by Appianus; the killing of the inhabitants of Alexandria by Caracalla in 215. And these events have certain things in common with modern massacres - the state apparatus had a role to play in the killings; what happened was considered horrendously evil; the cynegetic metaphor was used (Appianus described the killers as "hunting dogs"); victims were tricked into their destruction; witnesses and other incriminating evidence was eliminated; the murders were so atrocious that language and other means of representation were deemed inadequate to describe them (even if the attempt to do so never ceased).
There are also radical differences between the massacres of classical antiquity and those of modern times: Greek and Roman massacres were short-term bursts that lasted but a few days at most and were not based on technical superiority. Most of all, there seems to be no trace of a transformation of the victims into a complete and inferior Other, of their reduction to non-humans or animals. During the Middle Ages the massacres most frequently represented were those of collective martyrdom. For example the Ten Thousand Martyrs of Mount Ararat and the Massacre of the Innocents. By the fourteenth century the latter had become the representation of desperation par excellence. The theme of collective martyrdom was used in early modern times to narrate real massacres as well. And from the sixteenth century onward, hell became an additional source for representations of this type of extreme event.
The slaughters of the twentieth century influenced the ways in which we conceive those of the past. The Armenian case, the Shoah, and the Cambodian killings were all occurrences of such enormity that they still shape many of the ways in which we approach other massacres and their representations. Moreover, an important consequence of the atrocities perpetrated in Armenia and Europe during the Second World War was the emergence of a new crime in international law - that of "genocide" - which owes much to the Polish lawyer Raphael Lemkin, who began pushing for adoption of the term in 1944. All these events put previous mechanisms of representation to the test. The terms hunt, martyrdom and hell were still used, but they were incapable of conveying the true dimensions of contemporary massacres and genocides.
In fact there has been experimentation with other aesthetic possibilities, mostly through the use of silhouettes. In Argentina, silhouettes were one of the major symbols of the desaparecidos starting with the massive demonstration known as El Siluetazo, which occurred on 21 September 1983 in the last months of the military regime. Going further back in time, to 1920, Max Ernst represented the theme of the Innocents in a collage that casts victims as empty silhouettes in motion while a mechanical insect throws itself onto one of these unfortunates. The action takes place in a strange scenery, almost a nightmare, formed by stairs, ladders, railways, architectural facades and aerial views of industrial settings. In this picture, Ernst offers a new presentation of the subject whereby the main compositional elements are emptiness and the ghostly presence of slain victims. This image probably alludes to the carnage of the First World War. But there are further examples of the use of the silhouette in representations of recent genocide. The photographs of dead bodies, taken by Gilles Peress during the Rwandan genocide, also make use of this technique. Another example can be found in the Tuol Sleng Genocide Museum in Phnom Penh, Cambodia.
One of the most fruitful results of my research stay in Berlin and Germany in general has been to discover that this formula of the multiplication of the silhouette is widely used in lieux de mémoire related to the Shoah. But it soon became clear to me that not only silhouettes, in the strict sense of the term, had been used to this end in Berlin. I was faced with a wealth of not only silhouettes but of masks, replicas and ghosts that might be considered forms of the Doppelgänger. Thats the reason why, at this point in my research, I have decided to define this new formula being used in the representation of contemporary massacres and genocides as "the multiplication of the Doppelgänger."