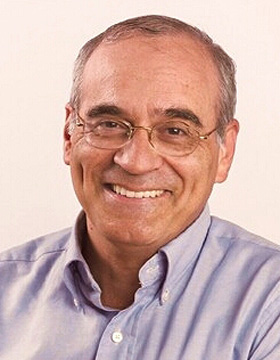 Jewish and Christian Liturgy during the First Post-Christian Centuries

The Marginalization of Judaism in Late Antiquity

Contemporary research tends to view Judaism as the mother-faith out of which the Christian daughter-faith developed. This relationship reflects both Jewish and Christian attitudes since the inception of Christianity. This immaculate one-sided approach has been found lacking by recent scholars. More and more researchers are becoming aware of the immense impact of early Christianity on Rabbinic Judaism. Still, the rampant view in research restates that the power relations between the two religions are more or less balanced, e.g. Judaism poses a real challenge for Christianity, and vice versa.
I seek to forward the assertion that the most dominant dimension of the conflict between the two faiths is the waning of Judaism's religious impact, her gradual marginalization into passivity, and concomitant surrender of her ability to influence the evolving agenda of the major religions. This marginalization stood in blatant contradiction to both the self-image of Judaism and to its image among Christians and Moslems. There was a significant cognitive gap between the Jews' sense of being God's beloved children, their profession of the precedence of their religion and the eternal validity of God's revelation to them on the one hand, and their objective status as a sidelined cultural has-been on the other. It is precisely this gap that allowed the Jews to overcome the crisis of their marginalization, to disavow it, to ignore its consequences and to pretend as though their religion was still the most central and important among the monotheistic faiths. It is owing to this consciousness that they were able to maintain two processes in parallel: on the one hand, they ensconced themselves in seclusion and sustained a unique and cloistered religious culture, while on the other hand they continuously absorbed the newfangled ideas and religious symbolism of their surroundings.

Hanukkah and Christmas Can Two Walk Together, Except They Be Agreed?

Our research group, engaged in examining the relationship between Christian and Jewish liturgies, selected as its case-study the connections between Hanukkah and Christmas.
At first sight the alleged consanguinity of the two holidays seems one-sided. Hanukkah is the holiday marking the victory of the Maccabees over the Greeks in 165 BC, while Christmas marks the birth of Christ, probably in 4 BC. The annual celebration of Hanukkah was established in that first year following the victory, while it was not until the mid-fourth century that 25 December was introduced as the Christmas holiday - thus, Hanukkah is older than Christmas by more than five-hundred years.
According to this simplistic historical model, Hanukkah represents the "Mother Religion" whereas Christmas represents the "Daughter Religion." However, in my latest book, I object to this model and argue that we need to speak of two "Sister Religions," both having the same mother - the Biblical-Temple religion. Today I return to the model of a "mother religion" and a "daughter religion," but reversing the lineage. I will argue that in some cases, Christianity should be considered the "mother" and Judaism its "daughter." Surprisingly enough, the relationship between Hanukkah and Christmas offers a good example of this, for though Hanukkah is older, one would have expected it to be forgotten. The historical circumstances inhering after destruction of the Temple in 70 CE made it senseless to continue celebrating a Temple dedication and cleansing when the Temple no longer even existed. What was the point of celebrating a victory over the ancient Greeks when Judah had just recently surrendered to the Romans? Indeed, a number of holidays disappeared after destruction of the Second Temple and were erased from consciousness; all, that is, except Hanukkah.
Why should this have been so? I will argue that what saved Hanukkah from oblivion was Christmas. There are considerable similarities between the two holidays, and they are close to each other in seasonal time. They are both related to the solstice, both may also have pagan roots, and most important of all - they share common symbols and religious ideology. The more intimate the relations between the two religions were, the more it became necessary to define the boundaries that separated them by creating an alternative narrative. Therefore, in order to meet the new challenge posed by Christmas, it was necessary for the Jews to offer a new interpretation of the old Hanukkah.
In our joint research work we came across a Jewish text, probably from the sixth or seventh century, which offers just such an interpretation. We discovered that the text deals not only with Christmas but with two other Christian holidays associated with Hanukkah: dedication of the Church of the Holy Sepulcher in Jerusalem on 14 September, and the "Feast of Jacob and David" celebrated on December 25 (prior to it becoming the Day of the Nativity) in the church on Mount Zion in Jerusalem.
I would like to present this text as unique - one that polemically engages with Christianity without ever mentioning it by name. I also wish to share with you the joy that I had in pursuing this joint study with Daniel and Clemens.

Two nations in your womb : perceptions of Jews and Christians in Late Antiquity and the Middle Ages Hakhamim be-doram <engl.>

Jewish Fundamentalism Between Cross and Crescent: A Comparative Look at the "Sufis" in Egypt and the "Pious of Ashkenaz" in Germany