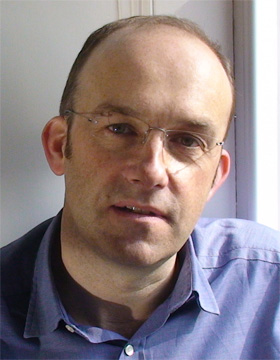 Born in 1963 in the United Kingdom
Studied Biology at the Imperial College, London, and Parasitology at the Liverpool School of Tropical Medicine and at the University of Liverpool

Plasticity and Heterogeneity in Changing Environments

Animals make decisions about how they develop, depending on their environment. For one animal (the worm Caenorhabditis elegans) there is a well-studied developmental choice in its life cycle; therefore, this animal's development is plastic. How plastic this response is varies in wild worm strains, suggesting that these different plasticities are adaptive. The genetic network that controls this developmental choice in this species is well known. The question I will consider is where in this network does this plasticity (and these differences in plasticity) exist? For example, is this plasticity an "automatic" emergent property of any such network? Understanding this is necessary to allow us to consider what we mean by phenotypic plasticity being adaptive. I will also develop this further by considering recent work that shows that variation in the heterogeneity of traits may also be adaptive.
A second theme that I will consider is how the concept of "plasticity" is used in different fields of biology (and beyond). Plasticity in developmental biology seems to be different from plasticity in immune systems or in neuroscience. Understanding the similarity and difference of these uses will, I hope, clarify how adaptive plasticity is.

I aim to achieve two things during this colloquium : to introduce you to the wonderful world of worms and to how environments can affect organisms.

One. The most abundant and specious animals on the planet are nematode worms. If you wanted a single representative of extant animal life, it should probably be a nematode. You are in good company if you've never heard of them, nor knowingly seen them; they are often small and hard to see. Nematodes significantly impinge on humans because they are important parasites - of the animals and plants we eat, as well as of ourselves.

During nematode evolutionary history, the parasitic lifestyle (rather than being free-living) has evolved at least three (but, probably five) times. Therefore, there seems to be something that makes it evolutionarily easy for nematodes to become parasites. One notable feature of nematodes is how they use their environment to control what they "choose" to do, how they grow and develop etc.; perhaps this plasticity of their lives is useful for evolving a parasitic lifestyle.

From immunology to eco-immunology : mor tha a new name

Patterns and processes in parasite co-infection

A genetic map of the animal-parasitic nematode Strongyloides ratti

How did parasitic worms evolve?

Heredity in the Postgenomic Era II