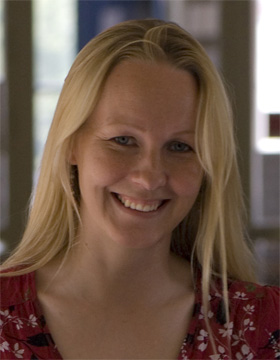 Born in 1974 in Helsinki
Studied Zoology at the University of Turku, Finland

Empirical work on human life-history evolution has traditionally been carried out on groups such as hunter-gatherers. This allows us to study groups with "natural" mortality and fertility and with lifestyles similar to those when major shifts in human evolution occurred in the Pleistocene Epoch. The downside is that collecting the large multi-generational datasets that are often essential for addressing life-history trade-offs is hard, and studying human evolution only among hunter-gatherers ignores the fact that evolution has been fastest since the invention of agriculture 10,000 years ago. In modern populations, too, differences in reproductive and survival rates between individuals lead to selection favouring certain heritable traits over others, albeit that the alleles being favoured might also be influenced by culture.
I work on human life histories from a perspective different from that of traditional anthropologists. This involves approaches that historical demographers, population geneticists and evolutionary biologists have recently increasingly employed to investigate life-history evolution in action. I have used pre-industrial Finnish parish registers to build a large (>80,000), multi-generational dataset on reproduction and survival for up to 10 generations of individuals living in 8 parishes during times of natural fertility and mortality (from early 1700s), and I have recently followed the success of each lineage to present day. Investigating a range of questions related to life-history evolution using these records has given rise to more than 40 publications, mostly in evolutionary journals. It would now be timely to take a broader perspective on the use of such data, and I would like to reconsider our findings from the perspectives of both biological and social sciences, as well as to interact with scientists capable of interpreting patterns of fertility, mortality, maternal health and well-being in complementary ways likely ignored by the current (evolutionary) researchers in my group.

Mothers, Grandmothers, and the Evolution of Prolonged Lifespan in Humans

We all have reduced fertility, mobility and ability to combat disease in old age, but why? My research broadly focuses on those factors influencing the aging rate in two extremely long-lived mammals: humans and Asian elephants. My approach borrows elements from evolutionary biology, medical epidemiology, history, demography, psychology and anthropology.

Following traditional evolutionary thinking, all organisms should seek to maximize their number of grandchildren, which is normally achieved by breeding until the end of one's life. Human females are virtually unique among animals in experiencing menopause and a prolonged post-reproductive lifespan. This is not an artifact of modern society. In both pre-industrial and hunter-gatherer societies, without health care or an abundant food supply, one-third of adult individuals live beyond the age of 45 and at least a quarter of the population is likely to live as grandparents for 15-20 years. Similar to humans, female chimpanzee fertility declines to virtually zero at age 45, but their survival rates, as expected, do indeed follow fertility rates, so less than 3 percent of adults live past 45.

Archaeological studies show that human lifespan increased in the upper Paleolithic period. That women begin a physiological shut-down of reproductive potential when aged 45 but often continue to survive for another twenty years or more is an evolutionary puzzle. This may have evolved because with menopause women increase their number of grandchildren by directing their resources to already begotten offspring. My research on pre-industrial Finnish families has shown that the presence of post-reproductive women helped their offspring to breed earlier, more frequently, and more successfully; whereas men in the same populations did not gain more grandchildren through grandfathering. This has fascinating implications for how women allocate their finite resources over a lifespan as compared to men. My research focuses on how each sex does this and how it is modified by ecological, social and genetic factors. I employ demographic, quantitative-genetic, hormonal, growth and psychological data from both traditional and more contemporary human populations, and I compare the results against those obtained for Asian elephants, a mammal comparable to humans in terms of longevity and also providing grandmotherly assistance in raising the offspring.

The transition to modernity and chronic disease : mismatch and natural selection

Climatic variation and age-specific survival in Asian elephants from Myanmar