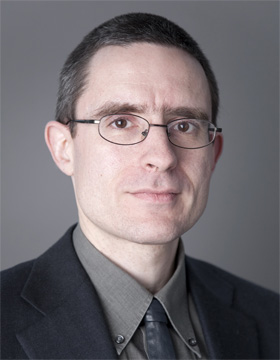 Jewish and Christian Liturgy during the First Post-Christian Centuries

Jews and Christians developed sophisticated systems of liturgies and customs for festivals during the first millennium (C.E.). The project investigates traces of the formative period of these systems, especially in rabbinic literature and contemporary Christian and other Jewish texts. It tries to establish criteria for the explanation of clear similarities as well as differences between the systems and customs. Cultural contacts between Christians and Jews in the Middle Ages can be described on a relatively broad basis of historical data. The project traces such contacts back into earlier epochs where the two later religions were on the way to developing their identities not only vis-à-vis the respective other, but also embedded in the civilization of the Roman Empire, which predetermined ways of organization and interaction for groups and associations even before they could shape their own customs and rituals in accordance with their inherited concepts and beliefs. Recent approaches to explaining the relationship between Judaism and Christianity (e.g. Israel Yuval, Daniel Boyarin, Peter Schäfer) as well as renewed interest in the Roman associations and their networks provide new data, insights, and methods that require also a reevaluation of the history of Jewish and Christian festivals.

As astronomical and seasonal phenomena do not carry meanings, human beings are free to organize their time and explain and legitimize their structures in a socially relevant manner. Similarities and differences in the organization of festivals and their interpretation can be culled from the historical data and thus provide a point of departure for the reconstruction of debates, polemics, and the search for and creation of group identity in the first centuries of the Christian era. I am studying the history of Jewish and Christian liturgies in general and especially festivals in order to discover the factors that led to the emergence of Christianity and Rabbinic Judaism in antiquity.

The sources are mainly texts, which can sometimes be compared with other data. After having worked with Israel Yuval and Daniel Stökl-Ben Ezra on Christmas/Chanukkah last month, in the months to follow I shall be delving into sources about the festivals of Pentecost and Shavuot. In the presentation, I shall regroup data from previous research in order to illustrate my present approach.

Information about Jewish and Christian liturgies and their social context in antiquity is scarce. The methods of filling lacunae in our knowledge are decisive. Short instructions on how to organize certain aspects of a ritual may thus be supplemented on the basis of descriptions of or instructions as to the same festival from later periods or by means of similar phenomena from the surrounding cultures. In the first case, the leading assumption that the rituals basically remained unchanged impedes the observation of changes. In the second case, the leading assumption that Jewish and Christian groups functioned like other Greek and Roman social entities may blur the distinctions between them. So as to avoid the danger of circular reasoning, I tend to follow the second strategy rather than the first.

In my search for "Christianity" and "Judaism," I try to discover characteristics of single voluntary associations and networks of such associations at first within the Roman Empire but then shifting to other modes of organization and areas in later centuries. Associations may meet in houses of a wealthier member or other rooms. Rituals and festivals of associations are, therefore, adapted to-and emerge from-celebrations of small groups of people who may or may not include women and children. The ideal format of a festival celebration is the formal Greek or Roman meal. Important deviations from patterns which were regarded as normal are only visible because of their similarities to those patterns. Festivals like Pesach and Easter, perhaps also Shavuot and Pentecost resemble each other first of all because they are set in the framework of a formal banquet of an association or house. I am looking for phenomena on the basis of which one can reconstruct what would be identified as interreligious polemics today. They include festival instructions that mimic-in a positive or negative way-the other group's behavior, biblical stories and topics that are connected with ancient explanations of such instructions, bits of interpretation of biblical instructions to celebrate those festivals from other literary contexts, etc. I intend to reconstruct the emergence and early development of Judaism and Christianity as a background to-and influenced by-the history of the performance of these festivals.

"Herod's Days" and the development of Jewish and Christian Festivals