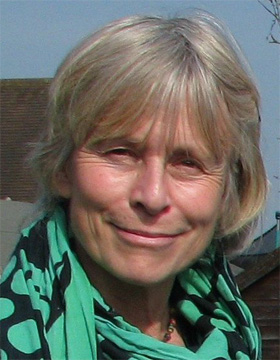 Born in 1953 in Den Haag, Holland
Studied Human Evolution and Behavior at the University of Michigan and Anthropology at Northwestern University

Family Dynamics in the Pimbwe of Tanzania

Human behavioral ecology brings the study of human preferences and actions into the framework of evolutionary theory. Behavior is typically analyzed in terms of its adaptive significance, in other words how it contributes to an individual's biological fitness and, as a more indirect proxy for fitness, how it influences economic and social status. Evolutionary anthropologists are increasingly analyzing questions about the human family from this perspective. Just as Charles Darwin deliberated on the costs and benefits of marriage and family life, so men and women all over the world wrestle with these questions: When to start reproducing? How many children to bear? With whom to mate, marry, and reproduce? How many spouses to take, either at one time (polyandry, polygyny) or over one's lifespan (serial monogamy)? How much to invest in children, and how this investment should be allocated among children? With whom to reside when raising offspring? While a social scientist would typically attribute variability in these traits to culture, an evolutionary anthropologist investigates why such cultural patterns might vary, using theory and models drawn from evolutionary theory.
At Wiko, as a member of a group of evolutionary anthropologists interested in these and related questions, I will be investigating men's and women's reproductive and marital decisions using a new longitudinal cross-sectional data set. The Pimbwe, a Bantu population living in the Rukwa Valley of western Tanzania, farm, fish, and hunt for a living. Many men and women marry multiple times, and children are raised in different households over time as their parents divorce and remarry. Using various demographic, health, and socioeconomic measures collected over a 15-year period from all the families in one village, I will test hypotheses regarding the adaptive reasons for multiple marriage, I will explore empirically the costs and benefits of multiple marriage for children, and I will determine the scope for and resolution of conflict between men and women in this population

Evolutionary Anthropology: The "Whys" and "Hows" of Studying Human Behaviour from an Evolutionary Perspective

Evolutionary perspectives are becoming increasingly established in the social sciences, despite somewhat rocky beginnings. In this colloquium I will introduce you to the three principle evolutionary approaches that have been adopted within my own discipline, anthropology. These approaches emphasize the evolutionary psychology underlying human behaviour, the role of behavioural ecology in explaining human behavioural and cultural diversity, and cultural evolutionary processes. After a brief autobiographic account of why an evolutionary account might be appealing to a student trained in conventional sociocultural anthropology, I will outline the primary assumptions and methods that are used in each approach. I will also provide brief examples of their application, from my own work and that of others, emphasizing the strengths and weaknesses of each. My examples will be drawn mainly from studies of kinship and marriage in traditional human communities.

I will end my presentation with a peep into my current project at the Wissenschaftskolleg. In this work I am using the highly flexible family dynamics in a Bantu African community of farmer-fisher-hunters both to explode some of the stereotypes that have emerged from naïve applications of evolutionary theory to human behaviour, and to explore the implications of increasing inequality (associated with national-level neoliberal reforms) for family structure and behavior. First I will introduce you to village life through the eyes of an ethnographer. Then I will show you some early results from my analyses which demonstrate the speed with which sexual stereotypes evaporate once individual life histories are carefully analyzed. Finally I will show you how economic inequality is eroding the basic principles of family life, as measured by the exchange of goods and services.

Too many men : the violence problem?

Factors affecting bushmeat consumption in the Katavi-Rukwa ecosystem of Tanzania

Bushmeat consumption in Western Tanzania : a comparative analysis from the same ecosystem