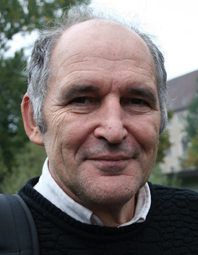 Masking the Presidency: The Illustrated Press and the Transformation of American Politics 1840-1940

It can be shown that from the 1840s on the illustrated press caused a shift in American politics from abstract, programmatic speech/text to personalized visual performance. This was instrumental in moving the center of political power from Congress to an increasingly "imperial" presidency, masking programmatic goals, depoliticizing democracy and introducing new forms of controlling the electorate, while also opening up new approaches towards integrating the geographically, ethnically and politically quite heterogeneous country. Political scientists have identified important aspects of this process, but, together with practically all media historians, they erroneously assume that the aestheticization of American politics started only with television around 1950. My study tries to trace the impact of the picture press, which made itself strongly felt since the 1870s, at the latest, but has thus far not been subject to serious academic research. It was the picture press, which, following 100 years of rare presidential
appearances, created a grand visual stage for constant, spectacular presidential action. Around 1800 the US presidency was a legalistic and literary construct without visual component to speak of; by 1900 it had turned into a largely photographically
mediated institution of central, rather than peripheral importance for the nation. Without an iota changing in the constitution, the picture press completely reorganized the American political system.

Masks and Smiles: The Transformation of American Politics by the Picture Press 1840-1950

A good deal of evidence suggests that beginning in the 1840s the rise of the picture press prompted a gradual but incisive reorganization of American politics. Newspaper illustrations seem to have been instrumental, first, in making the complex construct "America" imaginable in new ways (cf. Anderson), cementing national identity and consensus, and secondly, in encouraging the existing political system to mimic these imaginary models, jettisoning constitutional safeguards in the process. Among several more specific consequences, pictorial reportage privileged personal, dramatic performance over abstract programmatic speech and gave the president a major publicity advantage over Congress, supplanting the congressional hegemony intended by the founding fathers with increasingly "imperial" presidential leadership in the 20th century. And while election politics was a popular passion up to the late 19th century, involving much chanting, parading, resolving and ratifying, the illustrated newspapers helped to introduce a new regime of paper publicity destined for the breakfast table, obviating physical exertions, replacing bodily with mental voter control - thus producing indifference and sending ballot participation on a precipitous plunge. Since political scientists (Tulis, Schlesinger, Lowi) have identified important aspects of this process I am not proposing a mono-causal explanation attributing all political change to the impact of the picture press alone. Rather, I am arguing that these scholars, together with practically all media and other kinds of historians, have erroneously assumed that the aestheticization of American politics started only with television in the 1950s, nearly a century after the first demonstrable love affair between the picture press and U.S. politics.

A methodological side remark: Art historians like me and real historians or political scientists ask very different kinds of question. By researching patterns of change in the U.S. political system I am intruding into the territory of these neighboring disciplines - except that I am trying to answer their kind of question on the basis of sources they traditionally ignore. Even Anderson, to whose book "Imagined Communities" I am much indebted, surprisingly defines imagination as a process exclusively fueled by dictionaries, novels and other texts. Lacan's view of personal identity formation as a process of visual imagination in the "mirror phase" of early childhood remains to be applied to national identity formation: it is images, not texts which instill desire and make us want to become good Americans like Hillary, Bush or John Wayne. For television this is more or less conceded. Nobody will deny that TV archives are a prime source of recent history because the tube makes events and identities, rather than just mirroring them. Strangely, still pictures have rarely if ever been credited with similar powers. Historians use them traditionally to "illustrate" and commend to memory facts which they have already independently established from verbal materials: pictures thus are not taken seriously as historical sources but merely serve to make historical writing less forgettable. My research makes a case for the historical agency of pictures - a project coinciding, by the way, with the alleged "iconic turn" in various humanities and social-science areas.

The ultimate spectacle : a visual history of the Crimean War Documenting the image ; 7