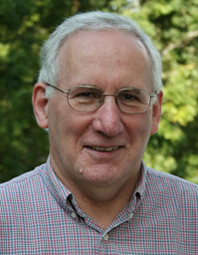 The University of Manchester

Born in 1948 in Kilkenny, Ireland
Studied History at University College Dublin and Early Modern French History at the University of Cambridge

Around 1580, virtually every commentator, French or foreign, on the condition of the French Church saw it as being in a deplorable position, ravaged by the effects of prolonged civil war and with few signs of recovery or reform in sight. A century later, the French Church and French religious culture generally were regarded as a model for the rest of Catholic Europe to follow. How had such a transformation come about? Was it as dramatic as it seems at first sight, or was the initial evaluation of the situation around 1580/1600 itself an exaggeration? Did a French Sonderweg in the sphere of Church and religion manifest itself during the "grand siècle", and to what degree might it have sown the seeds of the tempestuous politico-religious cocktail of the eighteenth century? The Catholic militancy of the later sixteenth century metamorphosed into a more diffuse but tenacious religious energy that continually found outlets for action from Louis XIII to Louis XIV, while the continuing presence of an "external" challenge (Protestantism) and the emergence of an "internal" one (Jansenism) prevented France's religious elites from lapsing into complacency. The analysis will begin by focussing on the actual changes within the Church and religious
practices generally, but their significance can be evaluated only within a comparative framework.

Fitting the religious history of France into the interpretitive frameworks that dominate the historiography of post-Reformation and pre-Enlightenment Europe has always posed significant challenges. By comparison with its political history, which still provides the dominant paradigm of early modern political development across Europe, that of monarchical absolutism, France's religious history appears much more intractable and sui generis. First of all, it sits awkwardly in relation to the standard chronology of both Reformations, first Protestant and then Catholic, in that the French versions of both reformations seem to begin so much later than elsewhere in Europe. The Catholic version, in particular, appears particularly 'late' on every count, and that in turn makes comparisons with other parts of Europe tricky, and often leads historians to assume that France simply copied and borrowed from other parts of Europe. Secondly, the institutional-political framework of French religious change, which derives from the continuing presence of a strong Protestant minority and a monarchy capable of preferring 'reason of state' options to other (e.g. religious) considerations, means that it does not fit the paradigms, such as that of confessionalisation, which historians currently apply to much of central and northern Europe from Luther to Westphalia (ca 1520 - ca1650).
But these problems do not arise merely when we try to compare French developments with those of Europe generally. While there is no doubt that French Catholicism borrowed considerably from elsewhere, especially during the 17th century, my main field of interest, understanding the importance of such borrowing is not a straightforward as it used to seem. Older interpretations of the impact of the wars of religion, for example, assumed that borrowing was virtually all that France capable of doing around 1600. But that assumption has gradually been eroded, opening the way for other interpretations, and especially for ones that take account of both the dynamics and afterlife of the religious conflicts of the 16th century. This in turn makes it possible to see why the 'movers and shakers' of religious change in 17th century France were at times capable of extraordinary independence of action, but were also vulnerable to further internal divisions arising from their own visions of a Catholic version of the 'godly' society. I will attempt, using a selection of themes, to present an interpretation of the scope and limits of such change/conflict up the point where other interpretative models, based on France's subsequent experiences (especially that of Revolution) and proposing a different reading of France's religious history (dechristianisation, enlightenment), take over.

The politics of religion in early modern France

The place of seminaries and colleges in clerical education in 17th century France : a sketch

The Counter-Reformation church and it's bishops

The rise of Richelieu Studies in early modern European history