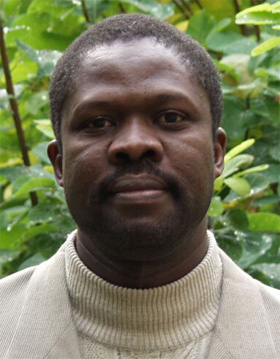 Sufi Islam and West African Migrants in the USA

This project focuses on the study of the recent West African migration to the USA, with particular reference to the New York City region. It is informed by insights from the literature on international migration as it relates to the intensification of global interconnectedness, as well as those from the studies of transnational religion. More particularly, the project will focus on Sufi orders as networks of transnational spiritual and economic communication and show the crucial role played by these orders in facilitating migration to the USA and in shaping the cultural and social practices of many West African migrants in America. It is based on several years of fieldwork conducted in the USA and Africa.

It has been long taken for granted that, during the so-called process of modernization, mysticism as embodied in the Islamic Sufi orders was disappearing in the Muslim World. The resurgence of Sufi orders in modern milieux has cast doubt on such assumptions. I am interested in understanding the ways concepts and practices inspired by Sufi Islam shape the public and private life of an important segment of the Muslims of West Africa as well as of the West African diaspora in America. From Senegal to Northern Nigeria, millions of Muslims claim membership in one of the Sufi orders. Here, more than in any other part of the Muslim world, Sufi Islam provides ingredients through which they understand their universe. The spearheads of Islam in West Africa were affiliates of Sufi orders. So much so that, for many West African Muslims, Islam is Sufi Islam. My presentation will center on Senegalese Sufi transnational organizations as they operate from America. I will distinguish between two periods in the study of associational life of the Senegalese migrants in America.
The first period starts in the early 1980s, when the Senegalese transmigrants arrived in America. In an attempt to restore group cohesion, they created all sorts of associations. These included region-, village-, caste-, nationality-, ethnic- and religiously-based organizations. I argue that Sufi organizations remained among the strongest of these organizations. They provided venues for worship, but also operated as self-help organizations. Sufi networks connect Senegalese in America with their home country and with Senegalese transmigrants in other parts of the world. Therefore, these religious organizations are an essential aspect of the life of many Senegalese transmigrants. Members of many Sufi organizations are not just fellow believers, they are also relatives, friends, neighbors, members of the same age group. This makes the glue that holds them together even stronger. Up until the 1990s, larger associations, such as nationality-based organizations or pan-African organizations, were not very attractive to the majority of Senegalese migrants.
However, as they started to better understand the American model of migrant incorporation, by observing the experience of groups of earlier immigration such as Latino Caribbeans and East Asians, Senegalese transmigrants developed interest in larger coalitions that will give them a voice in America. This has led more Senegalese migrants to join other larger organizations, such as nationality-based and pan-African organizations. However, the rising importance of these nonreligious organizations does not undermine the religious organizations, because the latter network with the former in mutually reinforcing ways.<br>
In my conclusion, I will address the implications my research has for the debates about transnationalism, on the one hand, and for the formation of modernity in the Muslim world, on the other.

The homeland is the arena : religion, transnationalism, and the integration of Senegalese immigrants in America

Muslim modernity in postcolonial Nigeria : a study of the Society for the Removal of Innovation and Reinstatement of Traditon Islam in Africa ; 1